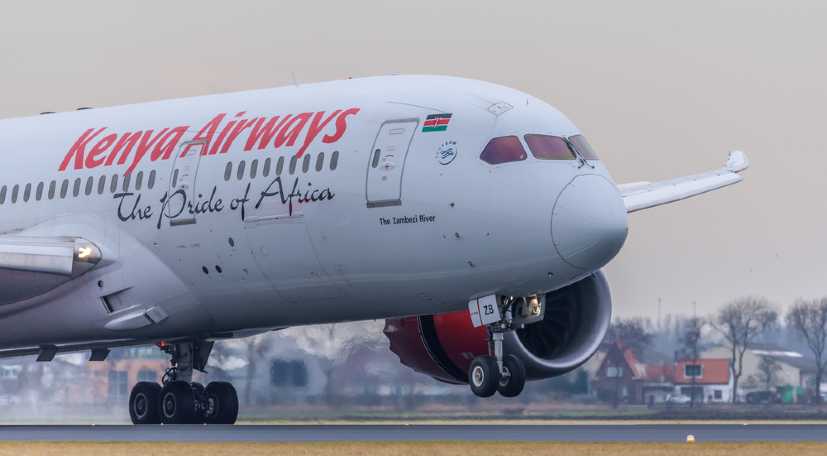 Kenya Airways is planning to resume passenger flights as soon as travel restrictions are lifted, the media reported.

The carrier said that discussions with key industry stakeholders are underway in relation to a safe return to passenger routes.

In a statement, Kenya Airways said, “There is reasonable expectation that the flights could resume in the third quarter of the year with business expected to have started at very low capacity and a gradual ramp-up, influenced by the gradual lifting of travel bans, uncertain passenger confidence, and health safety measures.”

“The resumption is expected to happen within the period of the moratoriums already being negotiated with lenders and lessors and thereby allowing the airline to grow back its revenue base and gradually cover its fixed costs.”

Kenya Airways has grounded all of its passenger flights since early March and has been flying only cargo flights during the lockdown period.

According to reports in the media, Kenya Airways could suffer net losses of around Sh12.98 billion in 2020, compared to Sh7.558 billion loss it posted last year.

Kenya Airways attributes its poor performance to the adoption of IFRS 16 last year.

An increase in operating costs has also contributed heavily to the increase in net loss for the carrier. Reportedly, operating cost increased by 12.4 percent, driven by the rise in capacity deployed as well as an increase in fleet ownership costs attributed to the return of two Boeing 787 aircraft that had been subleased to Oman Air.

Kenya Airways appealed for a cash bailout from the government to be able to survive the next six months.