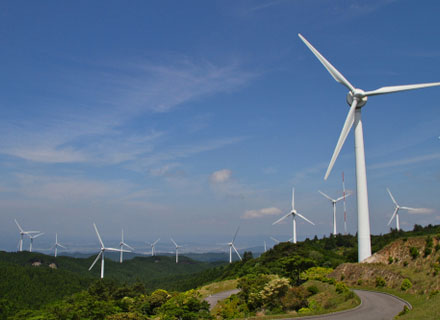 Energy companies, Wind Power Group, Tokyo Gas and Vena plans to fast-track the development of Japan’s Kashima offshore wind project according to the media. The maximum capacity of the project is expected to be 159.6 MW and is planned to be developed in Kashima Port in Ibaraki Prefecture. This will cover about 680 hectares are.

Japan-based Wind Power Group and Tokyo Gas is teaming up with the Singapore0based Vena Energy and is set to begin work on the project in 2024. A completed wind farm is expected to give clean energy enough to power about 70,000 Japanese households each year. It could also be of support to the government’s 2050 Carbon Neutrality strategy.

Komatsuzaki Mamoru, CEO of Wind Power Group addressed the media and said, “This Group is a local company that has been developing onshore and offshore wind power generation projects in the Ibaraki Prefecture for 20 years.” He also stated that their project Wind Power Ibaraki withstood the Great East Japan earthquake and the 2011 tsunami. Upon completion, the local communities will get to experience renewable energy in motion from the 19 offshore wind turbines that are located in front of the company’s head office.

Vena energy is said to consider Japan as a key market that represents most of its offshore wind pipeline and about a third of the 16GW renewable energy generated pan Asia-Pacific. Likewise, Tokyo Gas has planned to achieve Net Zero CO2 as set out in its Compass 2030 group management vision. The company is also expanding its renewable energy business to reach the target transaction volume of 5GW by the next decade.