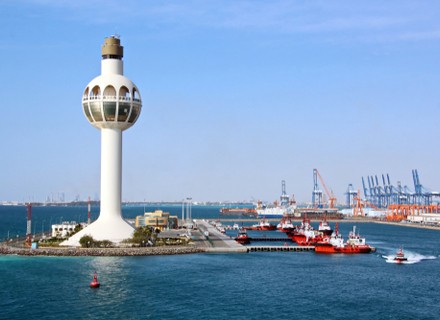 The operator of Saudi Arabia’s Red Sea Gateway Terminal (RSGT) is planning to make investments in Africa and the Middle East ports, according to the media. The Kingdom’s sovereign wealth fund will be backing the international investment plan.

According to the media reports, Jens Floe, chief of Jeddah Port, stated that the RSGT plans to invest in at least three international ports in the next five years, each estimated to be worth $500 million. It also aims to spend $1.7 billion developing its main port in Jeddah on the Red Sea and other ports.

In January, Saudi Public Investment Fund (PIF) and Cosco Shipping Ports had bought a stake in RSGT that valued the port operator at about $880 million. The PIF is leading a strategy to turn the Kingdom of Saudi Arabia into a transport and logistics hub that supports local companies planning to export goods. This year, PIF transferred $2.7 billion of food and agriculture assets into Saudi Agricultural & Livestock Investment. It is a part of the effort to streamline food security efforts. It has also invested $4 billion in energy, mining, telecoms, food, and other African industries.

The pandemic due to Covid-19 has led to a renewed focus on food security in the region. This implies that the country relies majorly on agricultural imports. Jens floe further added that having Cosco and PIF as shareholders accelerates RSGT’s domestic and international growth plans. The investments are expected to come in rail and dry ports at the emerging market terminal in less mature and less organised ports.

NEOM aims to be the world’s most competitive free zone