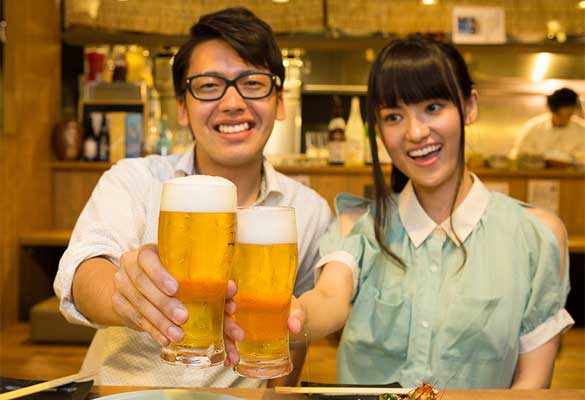 The majority of young adults in Japan are sober, but authorities hope to change that with a new campaign. The younger generation consumes less alcohol than their parents did, which has reduced the tax revenue from drinks like sake (rice wine).

In order to generate proposals to stop the tendency, the national tax office intervened and held a national competition.

The “Sake Viva!” initiative seeks to develop a strategy to make drinking more appealing and to grow the sector.

The competition seeks young people between the ages of 20 and 39 to submit their business concepts to spark interest among their peers in products such as Japanese sake, shochu, whiskey, beer, or wine.

Alcohol sales have decreased, according to the organization setting up the competition for the tax authorities, as a result of new habits that were partly created during the COVID pandemic and an aging population.

It encourages participants to develop innovative concepts incorporating artificial intelligence for promotions, branding, and other aspects of the business.

According to Japanese media, there has been a range of responses, including some criticism of the effort to promote a bad habit. However, other people have shared odd ideas online, such as having well-known actresses “perform” as hosts of virtual reality clubs.

Participants have till September’s end to submit their entries. The finest strategies will then be developed with the assistance of specialists prior to the presentation of the final proposals in November.

According to the campaign’s website, Japan’s aging population and dropping birth rates are major causes of the country’s declining alcohol market.

According to The Japan Times, alcohol-related taxes have seen a decline in tax revenue over time. It accounted for 5% of overall revenue in 1980, but only 1.7% in 2020.

Japan has the greatest percentage of people over 65 (29%) of any country in the world, according to the World Bank.

Sake-related fears are not the only issue that Japan’s economy faces; there are also concerns regarding the availability of younger workers for specific job categories and the care of the elderly in the future.