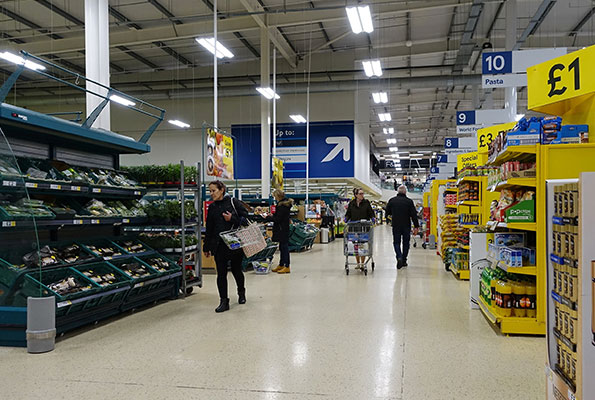 The United Kingdom-based soft drink maker Clearly Drinks was forced to raise the price of its fruity water bottles by at least 5% due to operational costs rising by up to 15%.

The Sunderland-based company’s chief financial officer, Claire Conolly, said, “Price increases and inflation have been looming for some time now, but businesses are beginning to be significantly impacted As a manufacturing business, we need to be agile and work smarter to remain a profitable business.”

Like many other inflation-hit businesses, the company has to stay competitive by spending money on new technology and researching cheaper suppliers. But will that be sufficient to keep things going amid these turbulent times? Claire Conolly claims that “the company has managed to continue its sustained growth despite the challenging economic environment. We hope these steps can be kept up over time.”

Recurring Issue
Firms across the world wonder how long this phase will remain. Brexit-related inflation reached 9% in April in the United Kingdom, a four-decade high. Despite dropping in late April, United States’ inflation peaked at 8.3%. The International Labour Organization predicts 6.2% global inflation, which has quadrupled from 2021.

Policymakers were surprised by high inflation because it was rarely discussed.

“In the 21st century, we thought we had gotten rid of it, but it now seems to return. This is the first time in the 35 years we have used annual indices that prices have really risen above a meager one or 2%,” says Michel-Pierre Chelini from the University of Artois.

In the preceding decade, eurozone inflation rarely briefly exceeded 2%, and crisis-hit countries like Greece experienced years of deflation. Only one year had inflation over 2% in the US.

Most economists predicted that COVID vaccinations would restore normality in 2021. Rating agencies forecasted a solid economic rebound. Some experts predicted a fresh “roaring 20s” like the interwar period.

Such is not the case. Ukraine war, a pandemic resurgence in China, and post-COVID supply chain blues have dampened bullish projections.

Although economists agree that high inflation is not a transient occurrence, they disagree on its origins, a political problem.

“Policymakers assumed that the initial drop in aggregate demand would have been long-lasting, while the negative supply-side effects of the pandemic were initially expected to be temporary. The opposite happened, and nobody could have predicted that in 2020 or early 2021,” explains Johns Hopkins University economist Alessandro Rebucci.

Reduced office attendance may have also caused supply constraints. Over five million job openings in the US indicate an overheating economy. However, many economists blame higher aggregate demand due to a quick rebound.

“The amount of support that was provided on both the monetary and fiscal side in terms of stimulus has led to extremely strong aggregate demand, and that is as important, if not more important than supply,” says the Federal Reserve Bank of Cleveland Center for Inflation Research Director Robert Rich.

China’s COVID Plan
Experts also cite China’s weak economy as a potential reason behind the current bout of inflation. Industrial hub lockdowns in Asia have slowed operations. According to Fitch Ratings, restrictions on Shanghai, which handles 20% of China’s trade, may increase global supply chain pressures. Manufacturers can’t hire, get raw materials, or export due to the measures halting freight flow.

If China didn’t export 15% of global products, its problems wouldn’t matter to the developed world. But, in a recent analysis, the Peterson Institute for International Economics claims that China’s import curbs and tariffs on fertilizers, pork, and steel secretly raised global inflation.

Costly War
Ukraine’s war has worsened global inflation. The battle had caused an energy crisis similar to the 1970s when Middle Eastern oil producers embargoed the US for its military support of Israel.

Russia supplied 25% of the European Union’s electricity till February. European Union nations have hurried to sign oil deals and revive coal facilities. However, Moscow provides 40% of European Union gas imports, while Hungary and Austria practically depend on Russian gas. A blanket ban on Russian energy might plunge the Eurozone into crisis.

Because Ukraine and Russia are Europe’s biggest food producers, the war has driven up inflation. Ukraine, “Europe’s breadbasket,” exports 12% of the world’s wheat, while Russia exports 17%. Together, they produce over 80% of sunflower oil.

The war has ruined Ukraine’s harvests. The chief of the European Investment Bank claimed in May that the country is “sitting on €8 billion worth of wheat” it cannot export.

Both sides produce fertilizers, chemicals, and steel. Analysts worry that a prolonged fight could raise prices and cause an unforeseen commodity shock.

European Inflationary Armageddon
Germany’s energy-intensive and export-oriented economy has been struck hard by post-Covid blues and the war, making Europe vulnerable to inflation. The European Central Bank is facing calls to boost interest rates, which have remained at zero for over a decade. The establishment has, until recently, declined to follow the monetary policies of the US Federal Reserve and Bank of England. According to ECB President Christine Lagarde, a tight labor market causes US inflation, but Europe’s primary issue is the war.

Stagflation & 1970s Turmoil
Stagflation (low growth and rising inflation) is a bigger worry. Given its war-driven energy crisis and double-digit inflation rates, economists draw lessons from that era. Most Western economies witnessed enormous unemployment and sluggish growth for most of that decade.

The International Monetary Fund reported a record USD 226 trillion in global debt in 2020. Many “zombie companies” maintained by easy lending since the ‘Great Recession’ could fail if interest rates rise too quickly.

Neil Debenham, CEO of Fintrex, a UK corporate consultancy for SMEs, said, “Consumer confidence is abysmally low, and this latest hike has come as a crushing blow for businesses already contending with the increased cost of debt.”

Alessandro Rebucci, an economist at Johns Hopkins University, said, “This isn’t a time to worry about Italy defaulting since their government is trying to leverage EU funds to support investment.”

After the Second World War, many European countries benefited from significant inflation, which reduced public debt. For mounting debt, governments may employ a similar trick.

Huw Dixon, an expert on inflation who teaches economics at Cardiff University, argues, “Inflation is like a tax aimed at redistribution from lenders to borrowers, and the government is the largest borrower. While debt stayed steady, GDP climbed considerably. We raise nominal GDP well, but real GDP doesn’t.”

Steps you need to follow for safe ATM transactions