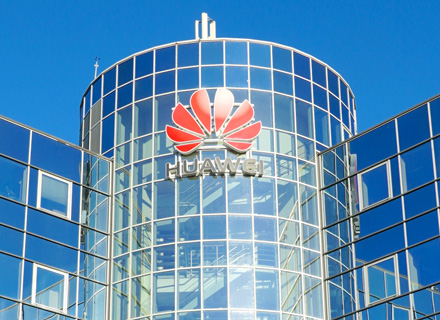 Since its breakout contract in 2009 to build a 4G network in Norway, Huawei has expanded operations to more than 170 countries, generating $107 billion in revenue in 2018. Currently, it is the world’s biggest telecommunications network equipment supplier. In the third quarter of this year, the company reported a revenue increase of nearly 25 percent year-on-year, thanks largely to smartphone sales, and said it has signed more than 60 contracts for 5G with international carriers. However, the US sees Huawei as a threat and believes the Chinese telecom and technology giant uses its technologies for espionage. The US claims Huawei is heavily backed by the Chinese government which is using Huawei as a tool for its own agenda. Over the years, both China and the US have been fighting a diplomatic battle when it comes to Huawei.

The 5G era and Huawei’s pursuit of dominance

5G has become one of the most important technologies and China’s Huawei has emerged as a dominant player. According to a study by Dell’Oro Group, Huawei supplied around 28 percent of global telecoms equipment in 2019. Over the years, Huawei has established itself as a global leader due to its increasing technical prowess and its ability to provide quality products at a competitive price. The China-based multinational technology company achieved global scale in part through Chinese state support, including cheap finance. 5G or fifth generation technology is set to connect a vast global network of sensors, robots, and autonomous vehicles through sophisticated artificial intelligence (AI) and machine learning.

Next-generation 5G networks will introduce vastly improved data speeds in the making of a global digital nervous system. To put this in perspective, 5G could eventually operate at greater speeds compared to 4G, which is equivalent to streaming hundreds of films in 8000 resolution at the same time. Leveraging ultra-fast, low latency, high-throughput communications, 5G networks will enable radical advances in autonomous vehicles, factory robotics, machine learning networks, clean energy technologies, advanced medical equipment, and smart cities. The telecom giant so far has joined the race to develop 5G infrastructure in countries such as Brazil, Argentina, UK, France and Germany. It has already developed 5G infrastructure in many Southeast Asian countries.
To simply put, in the years to come, the global economy will run on 5G tech. Huawei’s ability to provide its products at a cheaper rate is a value proposition and it allows the company to take its products to developing nations. Both Huawei and the Chinese government are working furiously to integrate Huawei’s proprietary technology into emerging 5G networks throughout the world. According to IPlytics, a German-based company that tracks intellectual property development, Huawei has more 5G-related patents than any other firm.
When it comes to 5G technology, Huawei has made breakthroughs that no other single company has matched. So far, it has tested its 5G technology in lower as well as higher frequencies. The company recently launched its own in-house-designed chipset and devices that are a part of the 5G infrastructure. Huawei revealed that it has acquired 30 contracts to develop 5G infrastructure around the world. It also revealed that it is in the process of acquiring a dozen or more contracts.

The US drops the hammer on Huawei

However, Huawei’s dominance has been challenged by US time over time. As things stand, much of Europe, Africa, the Middle East and the Americas will continue to set up 5G using at least some Huawei equipment in its 5G infrastructure.
US President Donald Trump has alleged numerous times that Huawei’s global deals could open back doors for the Chinese government to gather intelligence in other countries. However, the Trump administration has failed to back their allegation with substantial proof to corner the Chinese telecom giant. Huawei has denied Trump’s allegations that it spies on behalf of the Chinese government.
Last year, the Trump administration issued an executive order which barred US firms from using information and communications technology from anyone considered a national security threat. While the Trump administration did not pick out Huawei exclusively, it was quite evident at whom the executive order was directed at. During the same day, the Commerce Department placed Huawei and 70 of its affiliates on its Entity List, a trade blacklist that bars anyone on it from buying parts and components from US companies without the government’s approval. This led to a number of US firms backing away from their business with Huawei, thus serving the purpose of the executive order.
Over the years, various congressional committees, the Federal Bureau of Investigation, the National Security Agency have pointed out the close ties between Huawei and the Chinese government Effect of US actions on Huawei and how Huawei is trying to overcome the challenges. At a Senate Intelligence Committee hearing in February 2018, top US intelligence chiefs said Huawei and other Chinese tech companies such as ZTE posed potential national security risks to the US and warned about the potential risk involved in US companies deciding to do business with them.
Many in the US are worried that China will surpass the US when it comes to technological superiority, and Huawei is a tool that will allow China to achieve it. Over the years, Huawei has invested a lot in research and development. In 2018, the company revealed that it would increase annual spending on R&D to $15 billion to $20 billion annually.
The US fears if it loses the battle to Huawei, its software and cloud companies will find themselves playing catch-up to Huawei. Chinese companies will own the patents necessary for building future 5G networks, and we will be reliant on a Chinese government-owned and -operated global communications network.

The US’ diplomacy against Huawei
To tackle Huawei’s rise to prominence, the US has leveraged its position as a superpower and through diplomacy, the US has attempted to prompt other governments to declare the Chinese giant as hostile. As of December 2019, Australia, New Zealand, Japan, and Taiwan have decided to ban and phase out the company’s products within their mobile networks. Similarly, governments in countries such as Argentina, Italy and Russia have declared they will not attempt to limit Huawei’s role in developing 5G infrastructure in their country. So far, countries such as South Korea, the Philippines and Thailand have already implemented Huawei technology to launch 5G networks in their country. While many countries are yet to decide whether they would allow Huawei to function on their land, the company is already winning its battle against the US.

The US was also banking on the UK to either bank or exclude Huawei, but the UK’s decision to allow Huawei, even though a limited role, is a blow to the Trump administration, given the UK is a close ally of the US when it comes to security and military cooperation. Germany, France and other European nations are too mulling offering a role, even though limited, to develop 5G infrastructure in their country. Brazil too, is set to allow Huawei to develop 5G infrastructure in the country, despite continuous pressure from the US. However, it is noteworthy that Brazilian President Jair Bolsonaro is an admirer of US President Donald Trump, and Huawei would expect their personal admiration to not have any consequences to their aspiration to develop 5G infrastructure in Brazil. According to reports in the media, the Brazilian telecom regulator was preparing to go ahead with the auction bandwidth for 5G mobile data, however, the auction may have been postponed due to the coronavirus pandemic. The decision on the security risks of using Chinese technology such as Huawei will be ultimately taken by President Jair’s security adviser.

Huawei has a strong industry presence
While the US’ attempts to browbeat allies and partners into shunning Huawei’s equipment have proved ineffective, many wonder why the US has not been able to create its own Huawei? Do the US firms not have the firepower to establish themselves to the level of Huawei, backed by the Trump administration. So far, the companies that have come close to compete with Huawei are European-Ericsson and Nokia. Both of these countries develop back-end equipment that enables 5G networks, known as the radio access networks (RAN), which is critical to transmitting data among the core network and user equipment.
However, another Southeast Asian company has been taking significant steps to enter the 5G device market and could prove to be a worthy competitor for Huawei. Last year, Samsung held only a 6.6 percent share of the overall equipment market, compared with Huawei’s 31 percent. However, Samsung recently announced that it would invest $22 billion across 5G and artificial intelligence, and wanted to have 20 market share by 2020. It currently sits in fifth place behind Huawei, ZTE, Ericsson, and Nokia in network equipment sales.
So far, Samsung supplied 5G equipment to two of the three of the world’s first 5G service providers, SK Telecom and KT, both in South Korea, where nationwide 5G services kicked off in April. Samsung also provided 5G gear to Verizon and Sprint in the US. Test supplies of Samsung 5G equipment have been provided to Telefonica of Germany, as well as AT&T and T-Mobile of the US. Last year, Samsung also won a contract to supply 5G mobile network equipment to KDDI- Japan’s second-largest telecommunications company.

Can the US create its own Huawei?

Tobias Ellwood, chair of the House of Commons Defence Select Committee, said the Five Eyes — an intelligence alliance between Australia, Canada, New Zealand, the UK, and the US — should develop its own Huawei rival.

Many lawmakers have called for the government to back an open-source 5G architecture. They believe it will allow new players in the US to enter the networking equipment game for specific components compared to Huawei, which produces almost all 5G gear. The US Attorney General William Barr even claimed that the US should acquire a controlling stake in European telecom giants such as Nokia and Ericsson to counter Huawei.
While creating a behemoth like Huawei may not be feasible for the US, what it can do is create an ecosystem that allows new players to enter the market and test their market. The US also needs to form policies to support such players at different levels and ensure competition, which is vital for the development of its telecom sector, which has shunned out new entrants so far. Instead of backing one of the existing companies to take on Huawei, creating a competitive ecosystem makes more sense for the US.

A grand fortune for China’s healthcare