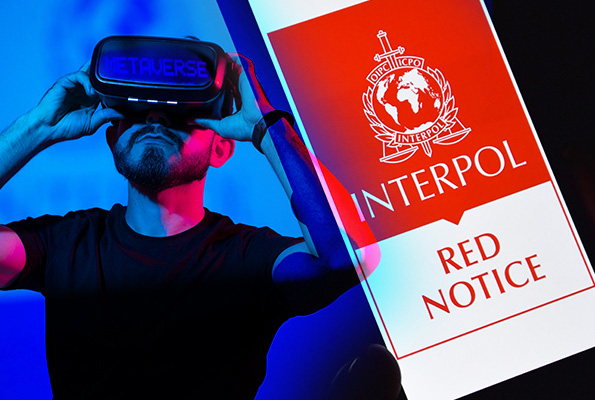 According to a recent Interpol warning, hackers might use the metaverse to aid several more dangerous types of cybercrime and facilitate crime in the physical world.

The metaverse might be misused in various ways. He said, “Some of the crimes may be new to this medium, and some of the existing crimes will be enabled by the medium and taken to a new level.”

Phishing Has Advanced
When virtual reality and augmented reality are included, one of the most common fraud techniques, phishing, may take on an entirely new meaning, according to Madan Oberoi. Furthermore, the importance of the issue of child protection cannot be overstated.

Threat actors can also utilize virtual worlds to prepare for and practice actual attacks in the future.

“If a terror group wants to attack a physical space, they may use this space to plan and simulate and launch their exercises before attacking,” the statement reads.

With the help of virtual reality and the map-making features seen in many games, thieves could be able to examine particular sites in terrifying detail.

While claiming to be on track to combat future crime, Europol recently warned that if the metaverse uses blockchain technology to record user interactions, it might be possible to “follow everything someone does based on one interaction with them,” which could be helpful to stalkers or extortionists.

Blockchain technology is the foundation of Bitcoin and other cryptocurrencies. It keeps track of information in a decentralized ledger that no one can change.

Trojans wreak havoc in Europe: All you need to know