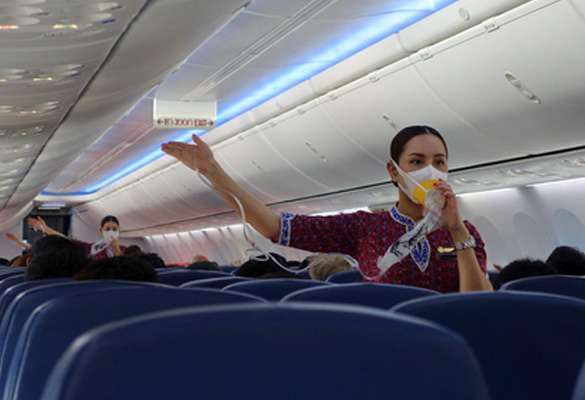 The Civil Aviation Authority of Vietnam (CAAV) recently announced that International flights could be gradually resumed by the end of this year. Additionally, the report CAAV sent to the Ministry of Report stated that accelerating vaccine rollout is another contributing factor. The herd immunity due to large-scale vaccination is expected to gradually reopen international passenger flights at the end of the third quarter and the beginning of the fourth quarter of 2021.

Data from CAAV state that about 30 foreign airlines operating in Vietnam are from Northeast Asia, Southeast Asia and Middle East countries. It also includes operating flights from France that carry diplomats, experts, investors, skilled workers, international students and cargo from and to Vietnam. Vietnamese airlines have so far used most of their flights to operate on domestic routes with increased frequency and number of routes.

In March, the CAAV had proposed to reopen international flight routes in stages. Few flights could resume in September under a “vaccine passport” programme. The programme would offer a shortened quarantine period for eligible entrants, and a maximum threshold of seven such flights a week was proposed.

In the first half of 2021, the airports of Vietnam were estimated to serve 26.8 million passengers, which is less than 19.4 percent year-on-year. It includes 145,000 foreign travellers, a 97.9 percent decrease and 26.7 million domestic passengers, increasing 1.4 percent. In the same period, 668,000 tonnes of goods were reported to be transported through the airports, a year-on-year rise of 12.7 percent.