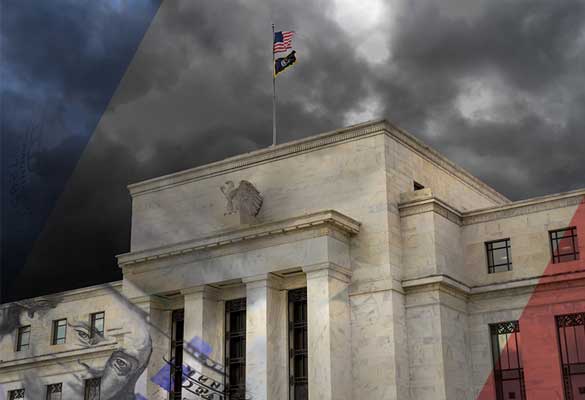 Inflation is no longer increasing as it has reached its maximum. The goal of the Fed’s tightening has also been achieved. Any recession will be kept to a minimum by the robust job market and consumer fundamentals.

These are a few of the narratives boosting equities in recent weeks. They support the notion that the Federal Reserve has successfully avoided a hard landing by raising inflation to 2% without increasing unemployment or sending the economy into recession.

While a soft landing is undoubtedly a possibility, these narratives seem more like wishful thinking than a realistic assessment of the Fed’s position.

Has the inflation passed?

Despite reaching a fresh four-decade high of 9.1% in June, market perception of inflation has significantly improved since early last month. In 2022, from being at the top, the Bloomberg Commodity Index has dropped 18%, copper by 33%, lumber by 54%, and Brent crude oil by 22%.

Based on the price of inflation-indexed bonds, anticipated inflation for the next five years has decreased since early June by 0.4 percentage points and for the five years after that by 0.5 percentage points; both are currently in the 2% to 2.5% range, close to the Fed’s 2% objective.

So the question remains, has the dark phase passed? No, It is undoubtedly preferable for the bond and commodities markets to anticipate falling inflation as opposed to rising inflation.

However, the Fed has made it clear that it wants to see actual inflation decline; sentimental inflation alone will not be enough.

As gasoline prices stabilize or decline and improved supply chains restrain the price of goods, it is likely that overall inflation will decrease over the upcoming year.

However, the question is not whether inflation will go below 9 percent, but rather where it settles after a number of supply shocks pass, or more specifically, what is the inflation rate’s underlying trend rate.

No one metric can fully reflect that pattern, but the Dallas Fed’s trimmed-mean personal consumption inflation index, which every month eliminates the most volatile items and provides a good approximation. In May, it reached 4 percent, above the Fed’s goal.

As they make up such a small portion of overall expenses, the price of raw materials has essentially no impact on this gauge of underlying inflation, according to research by the St. Louis Fed.

Recession is coming or not? US banks have the answer