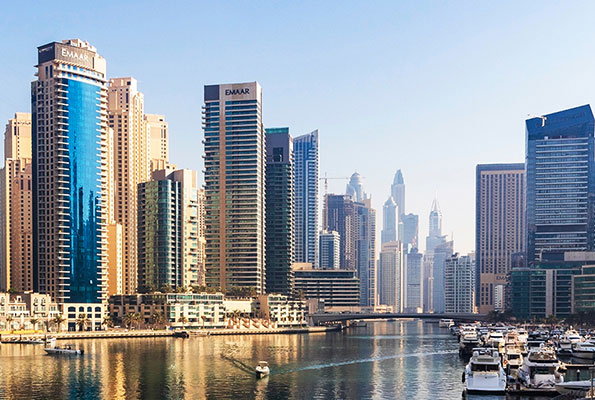 According to ValuStrat, property prices in Dubai are beginning to decline after more than a year of remarkable increases as additional housing units come online, mortgage interest rates rise, and increasing inflation worries investors.

The real estate consultancy’s most recent citywide ValuStrat Price Index (VPI) increased just 1.1 percent in June over May. While prices in some areas have not changed, the monthly growth of capital values for a few properties has also been moderated.

According to ValuStrat, “the rate of price rise for villas and townhouses in Dubai continued to decelerate in June,” supporting the trend of declining sales rates.

Last June, the capital values of Dubai’s villa properties experienced a moderate monthly growth rate of 1.7 percent. In comparison, values climbed by an average of 2.3 per cent every month last year.

Declan King, Managing Director, and Group Head-Real Estate at ValuStrat, claims that the price fall has been ongoing for months, especially in the market sector for villas.

According to him, the “affordability constraints” of buyers and price ceilings in some areas have undoubtedly been reached.

According to King, other factors include the rising cost of living, rising mortgage rates, and better supply from the market for off-the-plan villas.

Due to strong demand from both domestic and international investors, Dubai’s real estate market has experienced unprecedented year-over-year growth since late 2020.

According to ValuStrat’s research, several Dubai neighbourhoods, including Mudon and Dubai Hills Estate, experienced slight price increases in June with monthly gains of 0.9 per cent and 1.1 per cent, respectively.

The average cost of a villa is still 32.2 per cent higher annually. However, prices in upscale neighbourhoods like Arabian Ranches, Jumeirah Islands, The Lakes, and The Meadows have increased by 38.8%, 36.60%, 34.0%, and 33.0%, respectively, year over year.

The areas with the lowest yearly price growth in the apartment market were Dubai Production City (0.5%), Discovery Gardens (0.8%), and Motor City (1.5 per cent).

In contrast to June last year, other places, like Dubai Sports City, did not report any pricing changes.

Work from home vs back to office: The debate continues