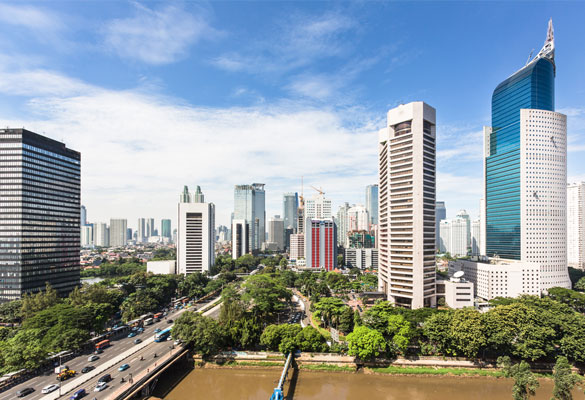 Indonesia, Southeast Asia’s biggest economy, registered a slow gross domestic product (GDP) growth rate during the third quarter of 2021 as the country imposed fresh restrictions to curb the spread of Covid-19, according to media reports. After reporting annual growth of 7.07 percent in the second quarter, the strongest in nearly two decades, Indonesia’s economy grew only 3.76 percent in July-September compared with the same three months a year earlier, according to the median forecast of 21 economists in the poll.

The forecast of GDP in the poll for the country’s GDP ranged from 1.6 percent to 5.2 percent, underscoring the widespread uncertainty around the impact of the pandemic on the country’s economy. The growth on a quarter-to-quarter basis was expected to have slowed from 1.8 percent to 3.31 percent in the second quarter.

Alex Holmes, an emerging Asia economist at Capital Economics told the media, “The government was forced to tighten measures last quarter to stem the surge in virus cases, and we expect the services sector will have been hit especially hard. Even after the pandemic is over, the crisis will leave behind it a legacy of higher debt, impaired balance sheets and bankruptcies which mean GDP is unlikely to ever regain its pre-crisis path.”

While Indonesia’s government has eased lockdown restrictions after the Covid-19 cases dropped sharply in July, the country is yet to be completely free from the virus. For now, Indonesia is benefiting from an increase in exports because of the increased demand for its commodities.