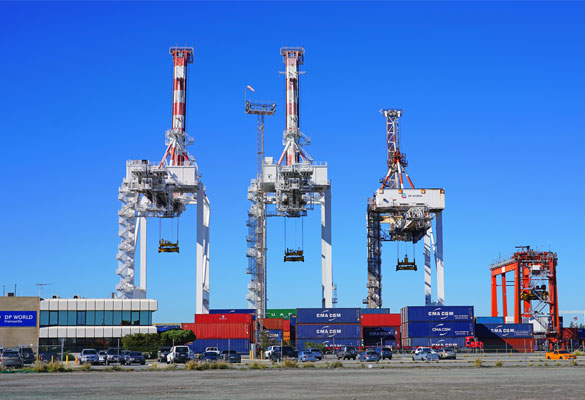 Indonesia Investment Authority (INA), the country’s recently established sovereign wealth fund recently announced a strategic alliance of $7.5 billion with the Dubai-based logistics company DP World to develop and invest in seaports in the Southeast Asian country, according to media reports. The Dubai-based company also announced earlier this year that it will invest $10 billion in the fund which will be used to spend on projects in Indonesia.

Under this partnership, INA and DP World will form a consortium to explore investments into Indonesia’s logistics infrastructure including the likes of hinterland investment, inland terminals, cargo park, feeder network systems, landslide transport and industrial zones. Both the companies will also explore a collaboration with the Indonesia Port Corporation.

With the help of this partnership, DP World seeks to leverage its joint investment platform with Canadian pension fund Caisse de depot et placement du Quebec. The fund is tasked with expanding its assets to $20 billion by attracting co-investors who will help develop the infrastructure of Southeast Asia’s largest economy.

Earlier this year in May, INA signed an agreement with CDPQ, APG Asset Management and Abu Dhabi Investment Authority (ADIA) to create an investment platform worth $3.75 billion that will focus on toll roads in Indonesia.

DP World Group Chairman and CEO Sultan Ahmed Bin Sulayem told the media, “This partnership highlights Indonesia’s efforts to accelerate the development of its ports and trade infrastructure, something we can help with given our global experience of advising governments on connecting with international markets.”