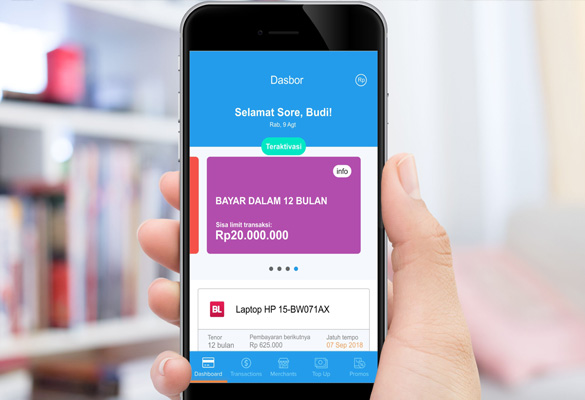 FinAccel and VPC Impact Acquisition Holdings II have come together in a definitive agreement where the Lending platform Kredivo will go public in a $2.5 billion merger with a special purpose acquisition company sponsored by Victory Park Capital. The decision comes as a result of an agreement between FinAccel and VPC Impact Acquisition Holdings II. The firm secured proceeds of around $430 million, including a private placement of $120 million, according to media reports.

The Buy Now Pay Later (BNPL) platform provides customers instant credit financing for e-commerce and offline purchases, along with personal loans based on proprietary and AI-powered real-time discussion. Kredivo boasts nearly four million approved customers in Indonesia and also plans on expanding its market in countries such as Thailand and Vietnam.

The deal follows after Sqaure announced that they have acquired another BNPL Afterpay for $29 billion. Over the years, Kredivo’s investors include Square Peg, Mirae Asset, NAVER, Jungle Ventures, GMO Internet and PT Telekomunikasi Indonesia (Telkom). SPACs are shell companies that raise funds through an initial public offering to take a private company public through a merger at a later date.

Akshay Garg, CEO, FinAccel told the media, “Unlike Western markets where credit is readily accessible, traditional banks in Southeast Asia have historically provided little consumer credit in our markets, which creates a large opportunity for Kredivo to tap into other credit needs, such as personal loans, and fulfil our vision of providing fast, affordable, and easily accessible credit to tens of millions of customers in the region.

“Considering that 66 percent of Southeast Asia’s population is unbanked or under-banked, we also see a very attractive opportunity to serve these customers with other financial services, outside of credit.”