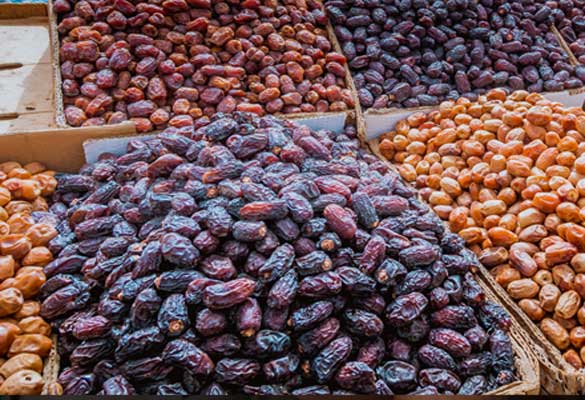 Iran exported $296 million worth of dates in the last Irani calendar year (March 2020-2021). The Agriculture and Food Industries Commission of Iran Chamber of Cooperatives said the export value was achieved by shipping 388,405 tons of different types of dates. This is a jump from 38,152 tons of dates valued at $211.64 million that were shipped out of Iran in the previous financial year of 2019-20.

More than a third of these exports were made to three destinations, namely India, Malaysia, and Russia. They received 16%,11%, and 9.9% of the dates by weight respectively.

The other significant export destinations were Pakistan, Afghanistan, Turkey, the UAE, Kazakhstan, Germany, the Netherlands, Sweden, Poland, and the UK, according to the Agriculture and Food Industries Commission of Iran Chamber of Cooperatives.

The boost in exports was possible due to a rise in prices in the international market and improvement in logistical infrastructure across the world with the easing of COVID-19 restrictions.

According to reports, Iran is the fifth largest exporter of dates and the second-largest producer. The country roughly exports 30% of its products while consuming the rest domestically.

The per capita consumption of dates in the country is about eight kilograms per year. 650,000 to 700,000 tons of dates are consumed by Iranians on average annually, according to a top government official.

Egypt, Saudi Arabia, Tunisia, and Algeria are the other top exporters in the world.

The war in Ukraine is likely to result in a dip in exports in the short term due to an increase in global freight costs and prevailing food inflation due to multiple macroeconomic factors.

What happens to cryptocurrency when you die?

IAG plans to power 10% flights with sustainable fuel by 2030