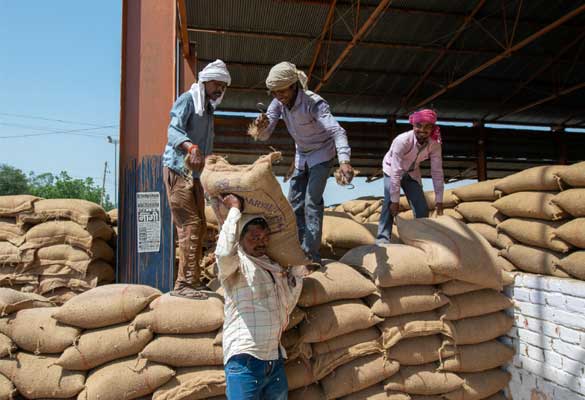 Bumper wheat crop this year will come to the aid of India in meeting the wheat import needs of the world’s top buyers as Russia is engaged in a fierce battle with Ukraine, hitting the supply chain from the Black Sea region.

Since India is the world’s second-largest producer of wheat, it is ready to help buyers from South Asia, Southeast Asia, Europe, West Asia and North Africa to buy wheat.

Ukraine is a major producer of grains including wheat, but export has come to standstill ever since Russia invaded Ukraine on February 24.

In an interview to Reuters, Sudhanshu Pandey of the Ministry of Consumer Affairs, Food and Public Distribution said, “The Indian market has sufficient stocks, and India is in a comfortable position to meet requests from wheat importing countries.”

India is expected to have a record production of 111.32 million tonnes this season, which will be a surplus for the sixth year in a row. As of April 1, wheat stocks at government warehouses totalled 19 million tonnes.

Every year India needs at least 25 million tonnes of wheat in order to run the Wheat Based Nutrition Programme and other food-based programmes.