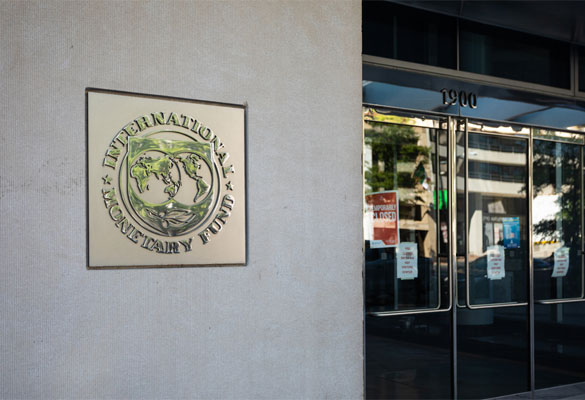 The International Monetary Fund (IMF) recently advised emerging market economies to prepare for potential bursts of economic turbulence in 2022 due to the US Federal Reserve’s policy tightening and ongoing coronavirus pandemic, according to media reports.

IMF mentioned that while the global economic recovery is going to continue in 2022, but there also could be signs of a faster rate increase that has the chance of creating an imbalance in the financial markets around the world, which can further lead to capital outflows and currency depreciation. It is also noted that along with the rapid spread of the Omicron variant, there have been some additional concerns, and countries that have high public and private debt are likely to experience more severe impact.

Additionally, some countries are also facing elevated inflation with substantially higher borrowing costs and the average gross government debt in emerging markets rising by almost 10 percentage points since 2019, reaching an estimated 64 percent of the gross domestic product (GDP) by the end of last year.

Rates are also projected to increased by many times this year starting from March after the US Federal Reserve indicated withdrawing monetary support and raising interest in 2022 on the back of strong economic activity. But the only difference here is unlike the United States, the economic recovery and labour markets in emerging economies are still less robust, the IMF said. In 2021, concerns about rising prices and stable foreign funding prompted several markets in the region, including Brazil, Russia and South Africa, to start increasing interest rates.

IMF, in its report said, “Prices are rising at the fastest pace in almost four decades and the tight labour market has started to feed into wage increases. The new Omicron variant has raised additional concerns of supply-side pressures on inflation… These changes have made the outlook for emerging markets more uncertain.”

Bank of Tanzania payments system to launch in February 2022