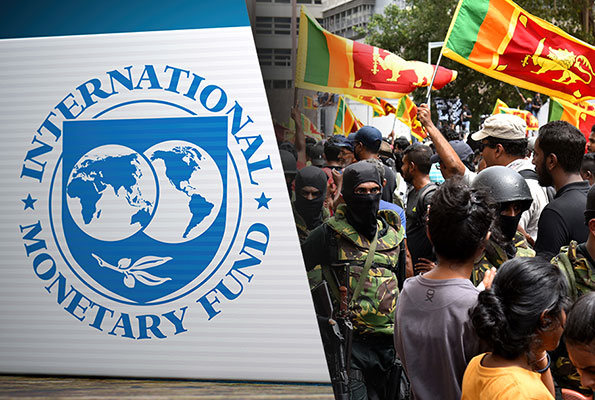 As Sri Lanka looks for a way out of its worst economic crisis in decades, the island nation and the International Monetary Fund (IMF) have achieved a preliminary agreement for a loan of roughly USD 2.9 billion, the global lender recently announced.

According to Reuters, the agreement is dependent on the Sri Lankan government carrying out the previously agreed-upon steps and is subject to approval by the IMF management and its executive board.

Speaking to reporters in Colombo, senior IMF official Peter Breuer, “The staff-level agreement is only the beginning of a long road for Sri Lanka. Authorities have already begun the reform process and it must continue with determination.”

In addition to making sure attempts are made to establish a cooperative arrangement with private creditors, the IMF needs Sri Lanka’s government creditors to provide funding assurances.

In a statement, IMF said, “Debt relief from Sri Lanka’s creditors and additional financing from multilateral partners will be required to help ensure debt sustainability and close financing gaps.”

“Starting from one of the lowest revenue levels in the world, the programme will implement major tax reforms. These reforms include making personal income tax more progressive and broadening the tax base for corporate income tax and VAT. The programme aims to reach a primary surplus of 2.3 percent of GDP by 2024,” the statement said.

The comments of the IMF were largely positive, according to Udeeshan Jonas, chief strategist at Sri Lankan investment bank CAL Group.

Udeeshan Jonas said, “They said the revenue measures that we’ve taken have been substantial (and) they’re happy with what we’ve done from a fiscal perspective.”

Additionally, Udeeshan Jonas stated that he anticipated significant austerity measures and job cutbacks at loss-making state-owned firms, despite the fact that welfare funds for Sri Lanka’s poorest citizens will be preserved.

“Privatisation is on the cards and I think it will happen probably by next year,” Udeeshan Jonas added.

What is a recession?

US President Joe Biden’s student loan plan: All you need to know