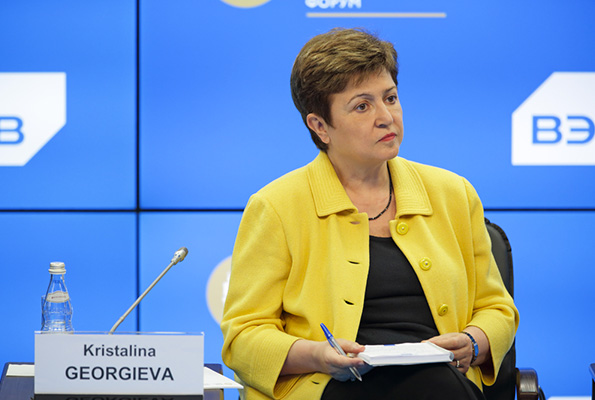 Amid supply chain disruptions due to the Ukraine war, a rise in trade barriers against China and other nations might have cost the world economy USD 1.4 trillion.

Asia’s potential loss may be twice as significant, or over 3% of GDP, because the area is more interwoven into the global value chain, International Monetary Fund managing director Kristalina Georgieva warned recently.

She added, “War is the world’s most detrimental economic element.”

The monetary body has also warned that inflation was hurting developing countries. A strong dollar in 2022 is also causing issues for emerging economies as investors flee to safe havens amid recession concerns.

“Adding economic fragmentation will be like pouring gasoline on a fire,” Kristalina Georgieva stated, saying, “Nobody benefits.”

She claimed Asian economies are better prepared for economic shocks due to large reserves and regional collaboration.

Kristalina Georgieva said the International Monetary Fund is “not frightened but alert” about sovereign debt in emerging countries.

“25% of emerging markets are complex, and 60% of low-income countries are too,” she added.

Bangladesh has reached a staff-level deal with the International Monetary Fund amid declining foreign reserves, obtaining a USD 4.5 billion loan subject to the monetary body’s approval in the coming weeks.

International Monetary Fund’s research department described the challenges as “immense” compared to last month. Its estimates show that one-third of the global economy will decline this year and next, losing USD 4 trillion by 2026.

Kristalina Georgieva noted that the crisis in Ukraine could put pressure on the region’s central banks to abandon inflation-fighting efforts too quickly.

“Next year, half the EU may be in recession,” she remarked.

Will Postal Banking make a comeback in the US?