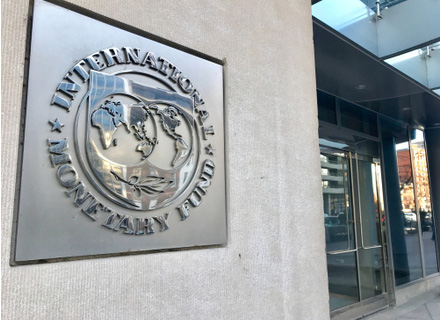 The International Monetary Fund (IMF) approved a new $2.34 billion loan for Kenya in order to help the country continue responding to the Covid-19 pandemic along with its debt vulnerabilities, according to the media.

Kenyan Treasury is currently under pressure from the IMF to bifold the value-added tax (VAT) on all petroleum products in order to cut the budget deficit and also tame public borrowing. The fund considers that Kenya should implement a 16 percent VAT on fuels from the existing eight percent. As crude oil prices fall, it indicates that the fund is open for a delayed implementation to guard against growing public anger and pressure over the hiking petroleum costs in the country.

In Kenya, petrol retail is now at the level last seen in November 2011 whereas diesel is at the highest ever since December 2018. The 16 percent increased VAT on fuels has previously been pushed back several times and implemented now as the latest attempt to raise state revenues. After the full tax prompted protests from motorists and business lobbies in 2018, the Kenya government was forced to halve the VAT on fuel to eight percent.

The IMF had told the Kenya government that “If needed to meet fiscal objectives, capitalise on lower fuel prices by aligning fuel VAT to the standard rate.” It also added that oversupply and volatility in the oil market would be a positive shock for Kenya, easing the potential external balance pressures from other sources.

The tax is said to have been originally included in the law passed in 2013 but kept postponing multiple times amid complaints about its impact. Currently, the IMF is proposing to Kenya to consider the fuel tax at a time when it is expected to help in shaping policy that would need the government to implement difficult decisions across several sectors.