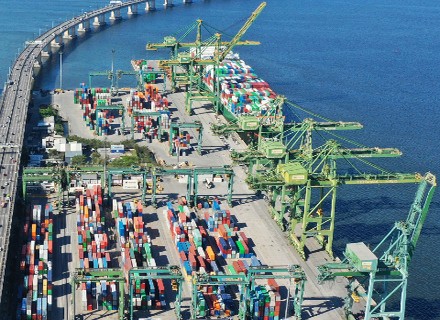 The International Container Terminal Services (ICTSI) and IRB Logistica recently announced their plan to provide extended logistics support services to Brazil, according to the media reports. The Brazilian government will be receiving support services through eco-friendly rail operations from the firms.

Roberto Lopes, chief executive officer of ICTSI Rio, stated that IRB Logistica would begin its operations from 1 July 2021, and ICSTI Rio will improve synergy in the regional supply chain. He further added that “While ICTSI Rio’s and IRB Logística’s operations are independent of one another, we share the common goal of driving economic growth in the region by providing more efficient, seamless and value-added solutions across the entire logistics chain.”

ICTSI Rio, with a long-term lease of Floriano Intermodal Terminal in Barra Mansa, Rio de Janeiro, is adding rail logistics along with its other operations to the development. IRB Logistica was formed in order to take over the functions of the terminal from Multitex Logistica.

The Container Terminal 1 at the Port of Rio de Janeiro is operated by ICTSI Rio Brazil. It also serves the import, export and industrial oil and gas hubs and maritime, road and rail access. IRB Logistica will provide sustainable cargo handling, transport and storage services to the economic, industrial and production sectors in Rio de Janeiro, Minas Gerais and São Paulo.

The port is entirely powered by solar energy. It operates a fleet of cargo handling equipment that functions on electricity. It is considered an operational advantage for the sustainability strategy of ICTSI across its global portfolio.