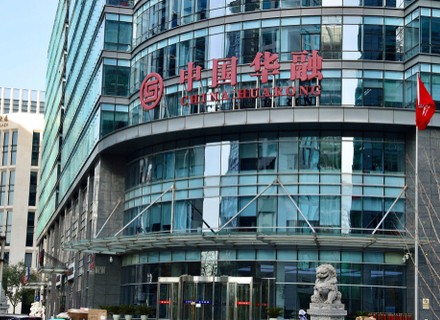 China-based Huarong Asset Management currently has a debt worth $40 million to domestic and overseas investors, according to the media. Once a sprawling financial conglomerate of China trusted by foreign investors is also showing signs of deterioration and muddling.

The government had remained quiet about a rescue of the company and is now in its primitive stages of planning a reorganisation. The reorganisation requires foreign and Chinese bondholders to accept significant amounts of losses on their investments.

The title ‘bad bank’ was given to Huarong as it had taken hefty loans off the state-owned banks who needed to get rid of debts to seem more promising. Further, the situation worsened as it expanded its empire by financing companies in the field of energy, insurance, property and more.

It is to note that Beijing has previously bailed out Chinese entities that got in over their heads, and Huarong is said to have been testing those limits of resolve. The company’s vulnerability has pushed the government into a dilemma of either letting it default or bail. That would undermine the efforts to control the increasing debt and cause a threat to the economy. In 2021 alone, the firm owed $3.4 billion to foreign investors and its stock in Hong Kong was also suspended.

Experts state that the false sense of security that the bailouts of the Chinese government have led to an environment similar to the US before the 2009 financial crisis. The investors of the US made huge bets assuming they were safe. Though, the government seems to put in funds to reorganise Huarong and does not seem to be prepared to put enough to repay the debt amounts incurred upon the company.