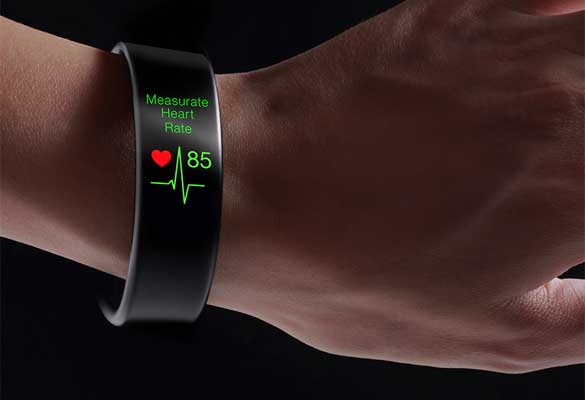 Every year a quarter of 100,000+ strokes in the UK are caused by atrial fibrillation. The majority of these would never occur had the heart arrhythmia been identified and treated beforehand. However, with the evolution of Apple Watches and Fitbits people now don’t have to worry about standing in long queues and expensive tests.

This is just one example of how effective fitness bands can be. Other than this, sensors in smartwatches and rings, fitness trackers and the ever-evolving wearables can record over 7,500 physiological and behavioural characteristics.

The wearable gadget innovation is just getting started for patients. Individual companies may come and go, but wearables and artificial intelligence appear to be reshaping health care in three major ways—early diagnosis, individualized treatment, and chronic illness management.

Each one promises to save money and lives.

To start with an early diagnosis, wearables can detect subtle changes that otherwise go unnoticed, leading to less severe disease and cheaper treatment. The sensors will reveal if an elderly person’s balance is starting to weaken. Changes in people’s gait and arm swing in the early stages of Parkinson’s disease. By practicing strength exercises, one can prevent falls and broken limbs.

Psychiatric diagnoses could be improved by tracking smartphone usage patterns without tracking what people see or type. A smart bracelet can help a woman conceive by predicting her menstrual cycle. It can also detect pregnancy within a week of conception (many women continue to drink or smoke for weeks before realizing they are pregnant).

The magnitude of all these benefits is immeasurable. This scale becomes clearer as wearables generate data that leads to innovation. The reason for optimism is that the technology is mature.

Approximately 200 million devices were sold in 2020, and sales are expected to double in 2026 translating to roughly 25% of Americans owning a wearable device. Smartphones act as an innovator platform. Within a year or two, wrist devices have the potential to non-invasively measure blood glucose, alcohol, fluid balance, and various markers of inflammation, kidney, and liver function. All of these currently require blood sampling.