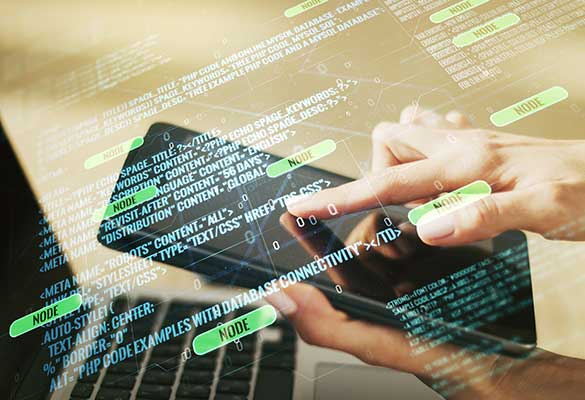 The past two years have seen several news cycles. There was COVID-19, the Trump administration, the war in Ukraine, and many other issues. The latest statistics reveal that page views across news sites are declining. It could be that people are tired of living online and are going out more. Experts say that this phenomenon is just page views normalizing to pre-pandemic levels.

Three years have passed since Firefox and Safari announced that they would phase out third-party cookies entirely. The Brave browser has revolutionized internet surfing with its incredible dedication to privacy and a new advertising model. Long gone are the days when advertisers pay middlemen to air their advertisements.

Brave asks a surfer whether he wants to watch an advertisement, and if he consents, rewards the user with a cryptocurrency called Basic Attention Token (BAT). As Google Chrome can’t be left behind when the competition is so stiff, they plan to phase out cookies by 2024.

They call it ‘the death of cookies,’ and it has most online media owners, companies, and advertisers stressed. But on the other hand, this could be an opportunity for the digital media industry to adapt. Many sites like Facebook and YouTube already rely on machine learning and automation to reach their advertiser goals without compromising user privacy- a trend that is being mass adopted.

Machine learning is the future because it allows programs to study its user to become smarter and faster over time. AI can deliver tailor-made recommendations and content for each user.

Machine learning in digital marketing and publishing is a positive development because algorithms can eventually learn audience behaviour, collect cookies and make data-informed decisions better than a human team. Traditional A/B testing takes a back seat as AI has access to online history, user behaviour, demographics, and other information to know the content type a user likes. FB and YouTube are successful because their intelligent algorithm provides tailor-made recommendations. These new developments will help publishers focus on strategies that drive maximum engagement.

However, according to some reports, this will lead to the loss of millions of jobs. Some say that the question is merely about the time frame in which one will lose their job. People have what sociologists call — automation anxiety.

It is not the first time automation anxiety has taken over. It happened during the Great Depression of the 1930s and the Great Recession of 2007-2009. These are times when the labour market deteriorated to its lowest over the concerns of getting replaced by machines. However, it is crucial to note that every phase of automation anxiety was followed by a period of job creation and high employment rates.