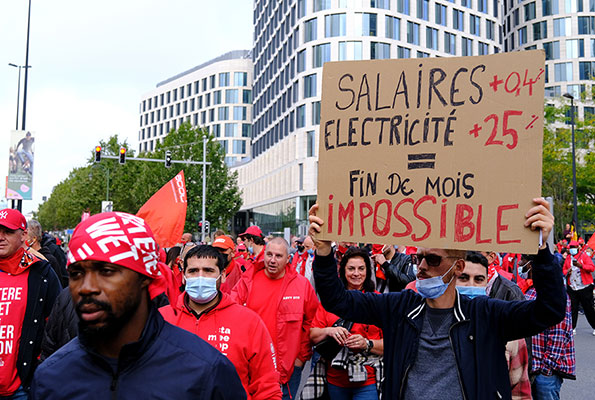 People worldwide have suffered from the Covid pandemic, rising food and gasoline prices, and Russia’s invasion of Ukraine. Here are some steps governments are taking to assist citizens and businesses in coping with the cost of living crisis.

Americas
The US will assist millions of former students in debt by cancelling up to $10,000 in outstanding student loans. The action follows the $430 billion Inflation Reduction Act, unveiled last month and contains tax incentives to promote energy efficiency and price reductions for prescription drugs.

Additionally, President Joe Biden has suggested an income-driven repayment strategy that would cap loans for future low-income borrowers and adjust the loan forgiveness program for employees of non-profit and governmental organizations.

The government of Brazil has reduced fuel taxes while increasing social welfare payouts. As a result, Petrobras, the largest oil company in the nation, announced a 7% drop in refinery-gate gasoline prices this week, the fourth consecutive one since mid-July.

For 7.5 million of its 19 million citizens, Chile launched a $1.2 billion aid package in July that included labour subsidies and one-time payments of $120.

Middle East, Africa & Asia
For the year ending March 2023, Japan’s average minimum wage is expected to increase by a record 3.3%. In addition, as part of a more significant relief effort, the government is expected to avoid hiking the price of imported wheat it sells to shops. The actions follow the passage of a $103 billion measure in April.

The money for Indonesia’s fuel subsidies would be reallocated to welfare spending, including cash handouts to 20.6 million households, for a total of 24.17 trillion rupiahs ($1.6 billion). Additionally, the government will give regional authorities instructions to lower transportation costs.

In July, a Frederick the Great statue in Berlin had its lights turned off. Europe addresses the energy crisis by using tariff shields and shutting off lights.

In India, which accounts for over 40% of the consumer price index, export limitations on food products like sugar and wheat were put in place four months ago, while import levies on edible oil were lowered.

To mitigate the effects of rising prices, Malaysia expects to spend a record 77.3 billion ringgit ($17.25 billion) in financial aid and subsidies this year.

Europe
Turkey’s minimum wage has increased by around 30%, in addition to the 50% increase observed after the previous year.

France has given low- and middle-income households a grant of €100 to assist them in paying their energy bills, frozen gas prices at October 2021 levels, and limited electricity price hikes to 4% until the end of the year.

In Germany, the government will give a one-time, $300 reimbursement to everyone in regular work in September. In order to help with the cost of private heating residences, welfare users and students have already received two times the regular lump sum payment.

From October through the end of the year, Spain will reduce the VAT on gas from 21% to 5% to lower household energy costs.

An € 8.4 billion Spanish and Portuguese plan to lower wholesale power costs in the Iberian market by capping the price of the gas used to generate electricity was authorized by the EU in June. According to the Spanish government, it should allow consumers to save 15% to 20% on their energy costs by acting as a direct grant to electricity companies.

For each household in Poland that uses coal for heating, the government will make a one-time payment of 3,000 zlotys (about €630 or £540), with smaller subsidies for other heating fuel sources such as liquefied petroleum gas.

The Netherlands is raising the minimum wage, cutting the VAT on energy to 9%, and providing a one-time energy subsidy of €1,300 to the lowest-earning households.

The UK government has not yet disclosed its strategies for addressing the rising cost of living crisis. However, the Treasury is compiling a list of alternatives for an emergency mini-budget that the new prime minister will review.

Middle East to become a major producer of green hydrogen

Saudi plans to become the largest exporter of hydrogen