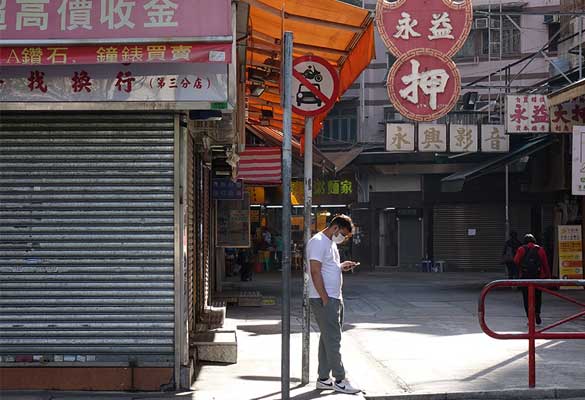 According to advance estimates which were released by the government, it indicated that even the gross domestic product fell by 4% in the month of January to March period from a year earlier. As per the Bloomberg survey, Hong Kong’s number by the end of 2020 was far worse than a median estimate of a 1.3% contraction.

As the government spokesperson stated in a release from the Census and Statistics Department, the city faced “immense pressure” in the first quarter of 2022. He further added that with the city’s fifth coronavirus wave and keeping in mind the global demand growth and “epidemic-induced cross-boundary transportation disruptions.”

Prior to all this data, there were signs of drastic economic damage which took place in the first three months of the year. Retail sales collapsed by more than 14%, exports plunged by 8.9%, the city imposed strict social restrictions, the closing of gyms and beauty salons, and much more.

It has also been seen that exports from Hong Kong to China dropped by at least 12.8% in the month of March.

According to Bloomberg economist, Eric Zhu, Hong Kong’s worse-than-expected First Q GDP is a reflection of the worst outbreak of the Omicron variant in this time frame. However, on the bright side, the economy is already showing signs of early recovery. This recovery has been aided by government subsidies in buying essentials like food and fuel.