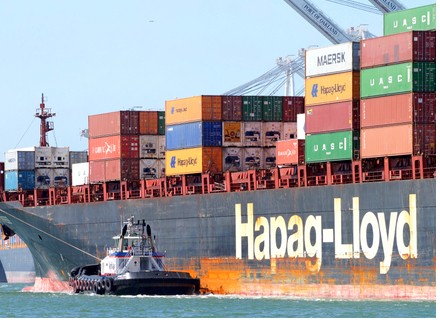 Global shipping line Hapag-Lloyd has entered the East African market and will offer direct weekly sailings between China, Southeast Asia, Kenya and Tanzania, according to the media. By next week, it is expected to arrive in Kenya and Tanzania for the first time. The new East Africa Service 3 (EAS3) will enable the customers of Hapag-Lloyd to experience improved connectivity between Asia and East Africa. EAS3 will also be offering connections to Hapag-Llyod’s global network through the hub ports of Singapore, Port Kelang and Shanghai. Seven 2,800 twenty-foot equivalent unit (TEU) vessels will be deployed in the service, including two provided by Hapag-Lloyd.

The shipping company expanded in the Sub-Sahara African market about 13 years ago. Since then, the growth has been steady and significant in transported volumes to and from Africa. The East Africa Service 2 (EAS2) connects the East African country with the west coast of India and Jebel Ali in Dubai.

Hapag-Lloyd opened its new office in Kenya in March 2021 to better serve and be closer to its customers in the economic hub of East Africa. The main business was planned to be managed from the port city of Mombasa. It will also have an office in Nairobi. Hapag-Lloyd also serves Uganda, Rwanda, Burundi and South Sudan, with regular inland connections to and from Mombasa. As a part of the strategy, the company is also planning to develop inland connections to Somalia, Southern Ethiopia and Northern Tanzania.

Dheeraj Bhatia, Senior Managing Director Region Middle East at Hapag-Lloyd, addressed the media and stated that the company had been steadily expanding its business in East Africa in recent years, focusing on the growth in markets globally. He further added that the new EAS3 service would create a new option for customers and forge stronger connections between the flourishing region and the rest of the world.