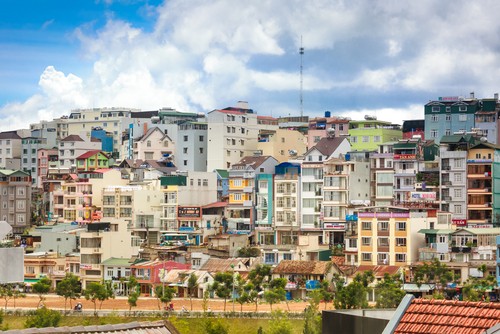 The real estate segment in Vietnam’s capital Hanoi showed signs of rebound in Q4 last year. However, pandemic uncertainties continue to loom over the segment this year.

However, the y-o-y average house rent recorded 3 percent dip, while occupancy went down by 2 percent, indicating the pandemic’s impacts remain on the market. The foot fall is rebounding steadily but yet to return to pre-pandemic levels.

The supply in the office segment recorded a y-o-y surge of 6 percent and average rent ramped up 3 percent as demand surged among companies in sectors such as IT, services and ecommerce.

It is reported that around 208,000 square meters from 15 projects will enter the office segment by 2022.   However, the negative trend in office space demand will continue as the pandemic has compelled companies to reduce operational costs.

The sales in the apartment segment surged 27 percent in Q4 last year to 6,700 units. However, the figure was 37 percent lower y-o-y.

The Savills report indicate that local demand will remain steady, particularly for affordable units. The developers have been looking for plots in the suburbs and surrounding areas. The reports also indicate that the average asking price is set to surge due to enhanced infrastructure

Malaysia is preparing to launch 5G in 2021