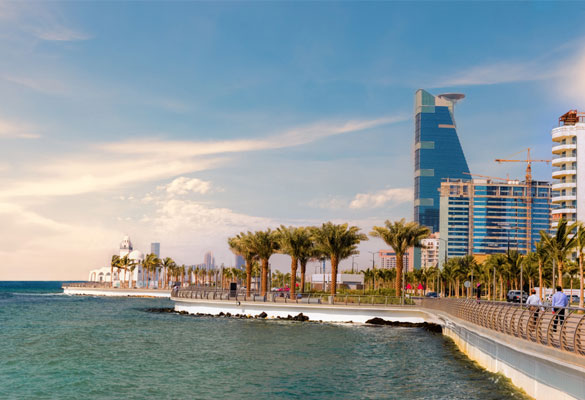 The economies of the six-member Gulf Cooperation Council is projected to grow at a faster pace in 2022, after several years, according to a poll conducted by Reuters poll of economists who cautioned the risk to that outlook was skewed to the downside, according to media reports. Saudi Arabia is projected to grow 5.7 percent, followed by Kuwait showing 5.3 percent growth, and the UAE registering a growth rate of 4.8 percent.

Experts have also predicted that crude oil prices, which is a major driver for the Gulf economies, climbed to their highest since 2014, and it was driven by the rising global tensions and it involved major producers including the United Arab Emirates and Russia, which could worsen already tight supplies. The poll of the 25 economists forecasts all six economies in the Gulf Cooperation Council would grow faster this year than was expected three months ago.

Khatija Haque, head of research and chief economist at Emirates NBD, told the media, “Despite the relatively tight fiscal policy, and some external headwinds, we expect the GCC economies to see faster growth in 2022 as they continue to build on the progress made last year. While the outlook for 2022 remains broadly constructive, there is still a high degree of uncertainty especially with regards to the evolution of the coronavirus pandemic.”

The global economy is still dealing with the chances of increasing inflation, which saw that the region’s price outlook was modest but varied. Inflation was expected to stay between 2-2.8 percent this year, with the lowest reading for the UAE, Saudi Arabia and Oman at 2 percent and highest for Qatar at 2.8 percent.