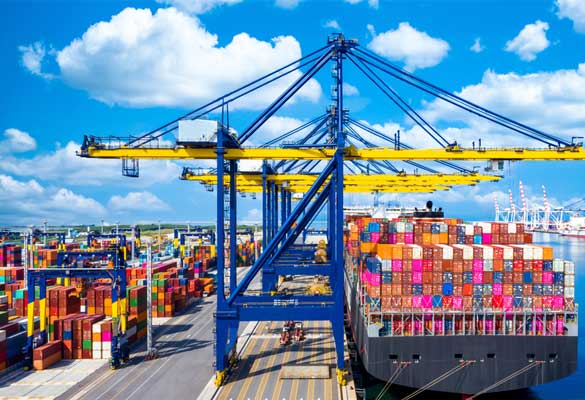 An agreement of collaboration between Greece and Saudi Arabia was signed to develop commercial maritime navigation and increase the traffic of commercial ships, according to media reports. The deal was signed by the Saudi Minister of Transport and Logistics Services and Chairman of the Public Transport Authority Saleh Al-Jasser and Greek Minister of Maritime Affairs and Insular Policy Giannis Plakiotakis in the British capital, London.

Apart from developing maritime navigation and increasing the traffic of commercial ships, this deal is also expected to strengthen relations between Saudi Arabia and Greece at a strategic level and open new horizons for cooperation in various fields, especially maritime transport.

The agreement also plans on enhancing the idea of exchanging expertise between companies, institutions and maritime organizations in this field. The deal between the Kingdom and Greece also included a mechanism for the treatment of ships of both countries while accessing the ports stay and departure and during an emergency and maritime accidents in their territories.

Al-Jasser mentioned that the agreement between the two countries aims to facilitate the maritime transport companies, their ships and crews, while also recognising the documents of ships and seafarers of both countries. Greek exports to Saudi Arabia slumped to $339 million in 2020 from more than $800 million in 2019, due to the effects of the Covid-19 pandemic.

Azul focuses on having 100% next-generation aircraft by 2026