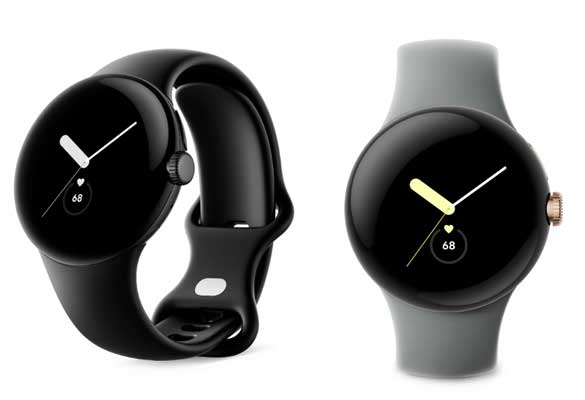 Google unveiled its first smartwatch at its annual developer conference on May 13. Christened as the Google Pixel Watch, the device combines Fitbit health tracking with Google’s Wear operating system. In 2019, Google had paid $2.1 billion (£1.7 billion) for Fitbit.

The watch can only be paired with Android devices and is 4G-compatible, and gives access to apps like Google Maps and Google Wallet without being near a phone – but to do so, it requires a separate data plan.

According to Google, both the phone and the watch would need to be connected to the same network. The price of the watch has not been revealed yet. According to the tech giant, the wearable will be a luxury product when launched in September 2022.

With this, there will be tough competition between industry giants Apple and Samsung in the smartwatch segment. Several third-party Android watches, such as Samsung Galaxy Watch, run on Google’s Wear operating system. However, Google was yet to release its own gadget.

According to Rick Osterloh, Google’s senior vice president of devices and services, the combination of Google’s ecosystem and Fitbit expertise made the product unique.

Despite rumors that the Pixel Watch will work with Apple goods, Google has confirmed that this is not the case.

The European Commission probed into Google’s initial acquisition of Fitbit and eventually approved it. However, Google had to make several commitments, including a 10-year agreement not to degrade the user experience of third-party smartwatches when coupled with an Android phone in Europe.

It also promised that there would be no misuse of Fitbit data for promotional purposes.