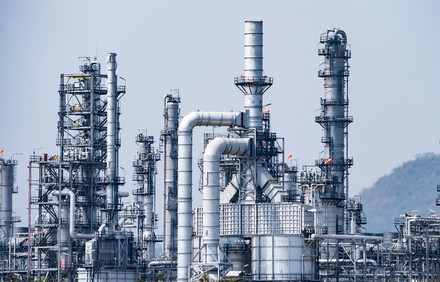 ExxonMobil was rated as the world’s largest company in 2011 and it was a leader among global corporate titans. However, it is not anymore. It is reported that the company remains among the largest refining giants in the world, as it can produce around 5 million barrels a day.

The exit from Dow Jones came after the company posted negative free cash flow of $4.4 billion and paid out $8.1 billion to shareholders. The company said that it couldn’t properly manage the impacts of the Covid-19 which hampered the production of petroleum products.

It is reported that the competitive advantage of the international oil companies (IOC’s) will have to consider not to pay dividends after companies such as Total, BP ExxonMobil, Shell, BP and Chevron collectively carried out payment worth $16.9 billion to shareholders, which is more than their income from core energy business operations.

The kingdom of Saudi Arabia’s Saudi Aramco said that it has the potential to cope with the demand-sapping impact of the pandemic because of sufficient operational elasticity in production. The oil major’s second-quarter results are much better than many of its counterparts.

The pandemic has walloped oil refiners across the world unexpectedly. It may take some time for revival; however, the future is uncertain till a vaccine for the virus is found.