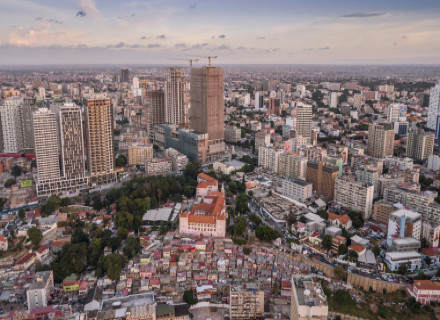 The US-owned telecom company Fricell has signed a deal with the government of Angola and the country’s telecom regulator INACOM to obtain a licence to become Africa’s fourth largest telecom operator. Fricell has over 12 million customers in four African countries.

The license will pave the path for Fricell to roll out operation in Angola, which is a targeted sub-Saharan economy to invest in by the year end and expand its presence across other economies such as the Democratic Republic of Congo, the Gambia, Uganda and Sierra Leone. Furthermore, the company will offer budget friendly services to customers across Angola, while focusing on high quality, high speed and data centric mobile network and smartphones at reasonable rates.

Ziad Dalloul, CEO and Chairman of Africell Group, told the media, “Angola is amongst the most attractive investment destinations in sub-Saharan Africa and an African leader, so we see this as the logical next step for Africell as we continue to grow our network and deepen our footprint across the continent. We are honoured that the government of Angola has put its faith in our business and everyone at Africell is committed to working with the Angolan government to transform the Angolan telecoms market through increased affordability and accessibility. A more competitive and transparent market will not only stimulate the telecoms sector as a result of greater innovation and efficiency, but it will also develop complementary sectors such as entertainment, financial services, other technology solutions – improving services, increasing access and creating jobs and opportunities for the Angolan people.”