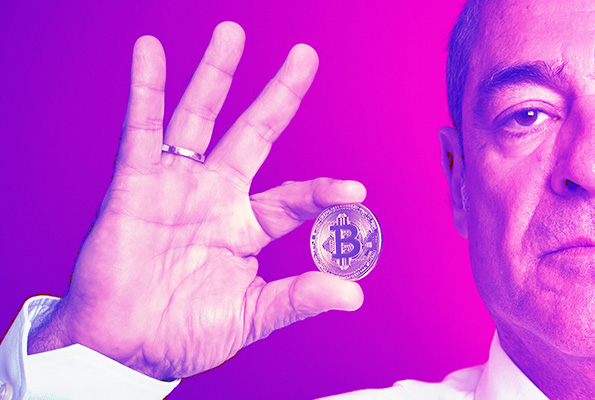 Investing in cryptocurrencies has proved to be a new trend in the last few years, due to pros like enhanced security features around crypto wallets, hassle-free transactions, portfolio diversifications and most importantly, the sector’s growing market value, it’s not malice free either.

The crypto market, apart from carrying the volatility risks, also doesn’t have an effective regulating mechanism, making it even more vulnerable.

Below we will discuss some of the cons related to the crypto trade.

Scalability Issues
When it comes to scaling up daily transactions, the crypto market suffers in terms of data load and speed. There are already proposed solutions in form of lightning networks (second-layer payment protocols aimed at improving Bitcoin’s transaction speed).

Bitcoin operates smoothly at seven transactions per second. Anything beyond that, all the transfers go into the refill queue. Customers paying large bitcoin commissions take higher places in those queues. While this whole transactional restriction is a mechanism against Distributed Denial-of-Service (DDoS) attacks, the end sufferer is the customers here, due to slow money flow.

In Bitcoin, the crypto creation time takes some 10 minutes. They do get help from digital coin miners at times. Even then, commissions and transactional blocks don’t help the crypto market as in case of a huge traffic flow, the digital currencies may even face a blackout kind of scenario.

Cybersecurity Breach Threats Are Always There
There have been instances of crypto exchanges and wallets getting attacked by cyber criminals in the past.

One notable example is malware called Mars Stealer, which has emerged as an upgrade of an older Trojan version. It is now going after over 40 browser-extension types of crypto wallets, armed with the ability to steal customers ‘private keys. They are spreading through file-hosting websites. Mars Stealer can also be availed on the Dark Web after paying USD 140. Wallet credentials saved on Google Chrome browsers are under the pump right now.

Another malware, prevalent since 2017, is known as “Clipper”. This changes a crypto coin’s destination address by first copying it onto the user’s clipboard, and then replacing it with that of the hacker. Bitcoin and Ethereum have been affected by it.

Crypto mining service and marketplace Nicehash reportedly stopped their operations with a message saying “a security breach involving NiceHash website. Our payment system was compromised and the contents of the NiceHash Bitcoin wallet have been stolen”.

Another crypto service provider Tether lost USD 31 million in “tokens”. These tokens used to “store, send and receive digital tokens pegged to dollars, euros, and yen person-to-person, globally”, stated by company blog posts, which also said that a “treasury wallet” was drained in a hacking attack.

Price Volatility Can Be Another Issue Too
An Investopedia article states that supply and demand, like every other market; dominate the cryptocurrency as well. For example, Bitcoin’s market value depends on the number of coins in circulation. As of now, only some 21 million crypto coins are present in the market. The closer the market gets to its circulating supply, the more prices go up.

It may even go to a situation, where investing in Bitcoin may not assure profits anymore. Big financial players are dominating the circle as of now. Asset ownership is highly concentrated in this sector, if a Massachusetts Institute of Technology (MIT) report is to be believed, which says that roughly 11,000 investors are currently holding 45% of Bitcoin’s surging value.

Bitcoin’s demand is increasing but the supply is getting limited. Wealthier players are holding back their digital coins. According to the United States-based National Bureau of Economic Research, one-third of all Bitcoins were held by the top 10,000 investors at the end of 2020. These big investors are also driving the market volatility.

The problem here is once they start selling their crypto holdings, prices and investors’ sentiment will tank.

Lack Of Regulations & Used For Money Laundering
The crypto market has no regulatory authority as of now. Trading in cryptos generally happens through anonymous transactions. Although they leave digital evidence which can be later probed by investigative agencies, the worry is that the sector is becoming a go-to option for money laundering and terrorism-related activities.

Even ransomware attackers demand payment in crypto these days while blackmailing the victims.

A Cognyte report further uncovered the whole network of nefarious activities in the crypto sector. Despite crypto transactions carrying public records, the identities of the traders remain anonymous. Generally, a crypto address is a random set of characters and transactions happen between multiple wallet addresses at any given point in time.

Criminals use this feature to pull off drugs, weapons, and explosives. Terror organizations can ask for funding for their extremist activities, while remaining anonymous. Apart from using the peer-to-peer transaction feature, these elements also use the speed factor.

Since there are no regulation authorities to monitor the crypto trade, these criminals don’t sweat over the worries of their transactions getting double-checked by a credible third party.

In 2020, the Twitter accounts of Joe Biden, Barack Obama, Bill Gates, Kim Kardashian and several other high-profile individuals got hacked. Some of the tweets from these accounts came along with a digital wallet, where over USD 100,000 worth of Bitcoins got transacted.

Lazarus Group, a North Korea-linked cybercrime group, stole USD 275 million in cryptocurrency from the KuCoin exchange in 2020. The group operators used the tactics of sending stolen crypto money to mixers in small amounts.