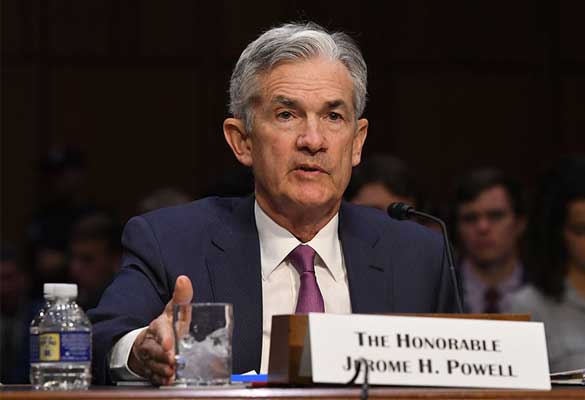 The S&P 500 is down by around 18% since its peak in early 2022. Still, the pullback of S&P 500 is far cry from the blue-chip index’s 34% crash in February and March 2020. Periodic pullbacks and cyclical downturns are a perfectly normal part of a healthy market, but still, investors are worried that the next significant development in the stock market could drive stock prices considerably lower.

Here are five factors that could trigger an even deeper S&P 500 sell-off in 2022.

Inflation
Inflation has been the biggest rival for investors, shoppers and the Federal Reserve in 2022. The most recent monthly consumer price index showed an increase of 9.1% over the previous year, the highest percentage increase since 1981. In June Fed Chair Jerome Powell said that the Fed is fully committed to bringing inflation under control. If inflation continues to rise or if the Federal Reserve is forced to aggressively raise interest rates to keep it in check, it could be very bad news for the stock market.

Interest rate
The higher the interest rates, the more expensive it is for companies to borrow money to invest in growth. The latest batch of inflation statistics reveals that the Fed still has work to do to get inflation going back in the right direction. Inflation has already caused the Federal Reserve to hike its target fed funds rate to a range of 1.5% to 1.75%. Even with the significant increases in June and July, economists predict additional rate hikes through the end of the year.

Geopolitical event
Russia’s invasion of Ukraine, which shook up the world financial markets, has been the biggest geopolitical event of 2022. Some have referred to it as a proxy conflict between the United States and Russia that might turn into a world nuclear war. However, even a full Russian victory in Ukraine or annexation of Ukrainian territory could be enough to trigger a stock market sell-off. In addition to the Ukraine conflict, escalating tensions between China and Taiwan could put US supply chains in significant risk.

Oil shock
There have been several oil shocks in recent decades that negatively affected the stock market to varying degrees. The Saudi oil embargo in 1973 created temporary US shortages. Iran’s Islamic Revolution in 1979 and the first Gulf War in 1990-1991 each caused oil prices to double. Oil prices as high as $140 per barrel even contributed to the economic crisis in 2008. Oil shocks have been one of the most common factors for US economic recessions over the past 50 years. The price of crude oil is up roughly 44% in the past year and is trading at its highest level since 2014.

Supply chain disruptions
One of the main causes of inflation in 2022 has been the disruption of global supply networks, particularly in China, Russia, and Ukraine. The stringent zero-COVID-19 policy in China affected American suppliers causing chip shortages and other supply problems. On the other hand, Russia and Ukraine are major suppliers of oil and gas, as well as wheat and other agricultural products, including fertilizers. Due to war these supplies were disrupted. The basic law of supply and demand suggests supply disruptions lead to higher prices and inflation. Due to the dependence of many American businesses on their foreign suppliers, there is a huge risk in the market.