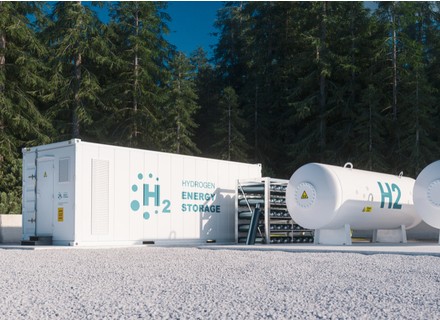 Morocco is expecting its first industrial-scale green hydrogen project to begin operations by 2025, according to the media. A National Hydrogen Commission was created in Morocco in 2019 to develop a road map for deploying a green hydrogen strategy. In June 2020, Morocco and Germany agreed to form a 100-megawatt (MW) renewable energy plant to produce green hydrogen in Morocco.

Tarik Hamane, Head of Development Department, Moroccan Agency for Sustainable Energy (MASEN), stated that “the partnership with Germany is most advanced. We have signed with Portugal for more large partnership in terms of cooperation,”. He further added that renewable energy potential in the country would allow them to be an essential player in green ammonia production. It can also be exported to Europe.

The fertiliser industry in Morocco is one of the biggest importers of ammonia in the world. This can be substituted by the green ammonia produced by green hydrogen. Yet, it would require a massive amount of renewable energy to be developed. It can be made at a low cost and thus be competitive in the market.

About four gigawatts (GW) of wind and solar power projects are currently under construction in Morocco. Renewable energy accounts for 37 percent of the nation’s installed power generation capacity but aims to reach 52 percent by 2030. Almost 70 percent of the cost of green hydrogen comes from renewable sources. Thus high importance is given to its main components like energy and infrastructure, reducing the cost of green hydrogen.

Sokin to expand in Brazil and Mexico