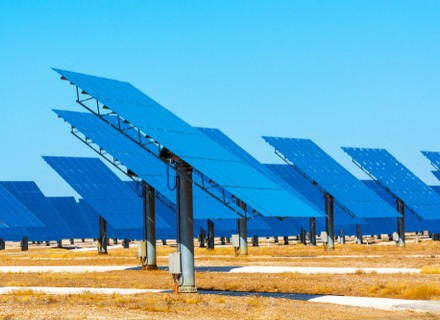 A business association led by Abengoa and Acciona, renewable energy companies of Spain recently connected a concentrated solar power (CSP) unit to the grid network of Chile according to the media. The project is governed and owned by the US-based EIG Global Energy Partners.

The setup system will use 10,600 heliostats. Each of which has a surface area of 140-meter square in order to reflect the sunlight. It is said to concentrate the heat on a receiver that is placed on top of a 250-meter tower. In the case of hot salt tanks, for roughly 56 days, molten salt circulates through the receiver at a temperature of 560-degree celsius. While in cold salt tanks the temperature is 290 degrees. The tanks are currently stored in larger ponds where they can be used to generate electricity through steam turbines.

With the help of these thermal storage tanks, the molten salts can conserve the energy that it captures the entire day for up to 17.5 extra hours The project developers addressed the media and said that in the coming months, the CSP plant will gradually contribute energy in stages to the grid. They also added that “The first phase begins with synchronization. Then we will go to the second phase, which is the calibration of the operation, where we will be making a detailed adjustment of the different systems and we will carry out the final tests of the plant.”

The project has acquired partial financing from a program under European Union and the German Development Bank. At an estimated cost of $1.7 and is the first-ever solar plant in the region of Latin America that fuses CSP and PV technologies.