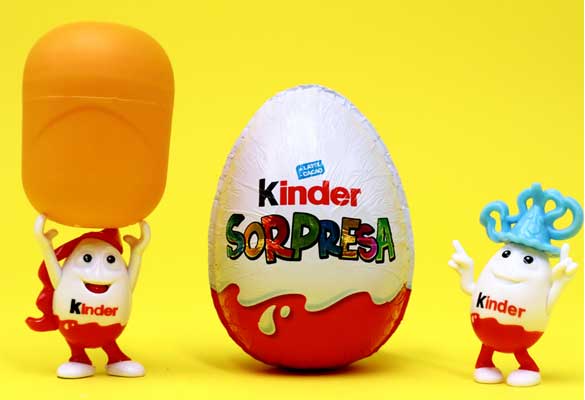 Popular chocolate manufacturer Ferroro last week announced that they are taking back some of their Kinder chocolates from shops in America over fears of salmonella infection. According to a report in CNN, the products that are being taken off the shelves by the company include Kinder Happy Moments Chocolate Assortment and Kinder Mix Chocolate Treats basket as the factory from where they were packaged reported an infection breakout.

Not only the US, but the company might choose to recall some other products that were shipped from that facility in Belgium to other countries as well.

According to The Independent, the factory was shut down by Belgium’s food safety authority after the company failed to comply with the investigators.

There are no reports of illness in the United States till date and Ferrero will voluntarily be recalling the products out of an abundance of caution due to reported cases of salmonella in consumers who have consumed products in Europe, which were manufactured at the same facility, read their official statement.

In order to investigate the case, Europe’s health agency European Centre for Disease Prevention and Control have already started by looking at all the cases which might be linked to salmonella in at least nine countries. These countries include — Britain, France, Ireland, Belgium, Germany, Luxembourg, Netherlands, Sweden, and Norway.

In terms of the ill effects, salmonella bacteria can cause diarrhoea, fever, and serious infections, especially in children and elderly people who have delicate immune systems.