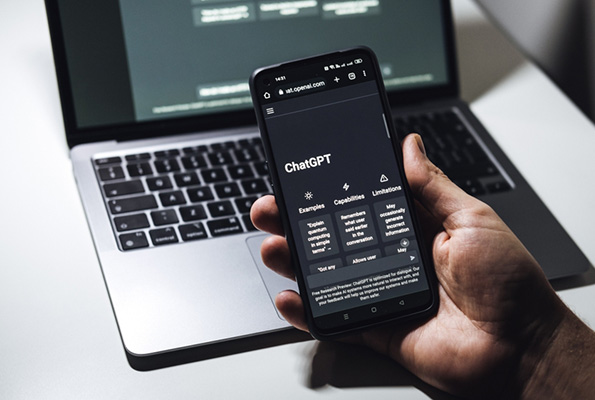 If you have recently spent any time on social media, you would have probably seen a tonne of videos showcasing what ChatGPT is capable of doing.

ChatGPT is a conversational bot responsive to users’ questions in ways that allows it to search large databases and create well-formed essays, legal briefs, and poetry using computer codes. The ChatGPT was made available by OpenAI as a free online tool at the end of 2022.

The company only provides this as an online tool, but experts have recently warned of numerous scammers packaging up ChatGPT into a useful app with a mobile-friendly design – however many of these unauthorized apps are rife with issues.

Fake ChatGPT apps
The website Techradar performed a quick search for “GPT” on the iOS App Store, and they found one app appeared at the top of every list of results. Although it claims to be powered by OpenAI’s free GTP-3 technology, it offers a monthly membership for “monthly full access” for £7.99.

Further down in the search results, another app has received an overall rating of 4.7 stars across a total of more than 900 reviews. It uses GPT-3 as well and offers a range of premium subscriptions, from Lite to Pro and Advanced, with the most expensive one coming in at £12.99 per month. The identical software was available on the Google Play Store with a similarly high rating of 4.5 stars, and also offered paid subscriptions.

In addition to apps that clearly claim to be built on the GPT technology, MacRumors, a website that aggregates Mac and Apple-related news and rumours, reportedly found one app that it claimed gave the impression of being the official app for the ChatGPT bot, but it appears to have no affiliation to OpenAI, the creators of ChatGPT, or the bot itself.

The app had more than 12,000 reviews, was ranked number two in the productivity charts on the App Store, and cost USD 7.99 per week for ad-free access.