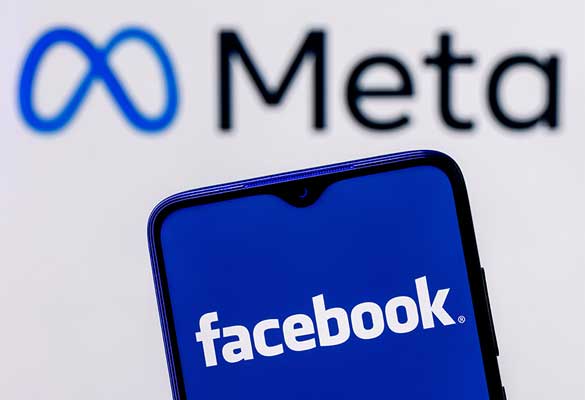 After a decade of registering consistent growth, Meta has posted its first-ever decline in quarterly revenue since it went public in 2012. The company’s profit also fell for the third straight quarter.

Meta’s total revenue slipped 1% to USD 28.8 billion for the quarter that ended in June, compared to the same time last year when it had posted a revenue of USD 29.1 billion. Similarly, the company’s profit was USD 6.69 billion, down 36% from a year earlier.

Analysts fear the company’s growth may have peaked after years of enormous gains.

Meta, which typically commands more than 20% of the global ad market, warned investors that ad sales were likely to fall again in the months ahead. It believes that e-commerce spending might fall from its pandemic boom as companies are worried about inflation and the war in Ukraine, Meta feels these reasons might impact business spending.

Meta boss Mark Zuckerberg said the firm would reduce its hiring “steadily” over the next year, a response to the downturn and the company’s plans to shift investment into new areas, including its virtual reality platform, Horizon, in a gamble that metaverse is its best prospect for growth.

The company’s stock dropped slightly in after-hours trading following the results. The results also largely followed a broader decline in the digital advertising market that is dinging rivals such as Alphabet and Snap.

Zuckerberg has been spending a significant amount of capital on building up the metaverse, a combination of virtual and augmented realities.

He said the firm would continue to invest, though at a slower pace than planned.

“This is a period that demands more intensity, and I expect us to get more done with fewer resources. We face a number of challenges in the near term, but the investments we’re making should give us…advantage over the long term,” Zuckerberg said.

The company has also doubled down on its short video offering ‘Reels’ within the Instagram app to counter the immense popularity of TikTok.

In its effort to compete with TikTok, Meta is rearchitecting Facebook and Instagram to place an emphasis on short videos and posts that its system recommends to people.