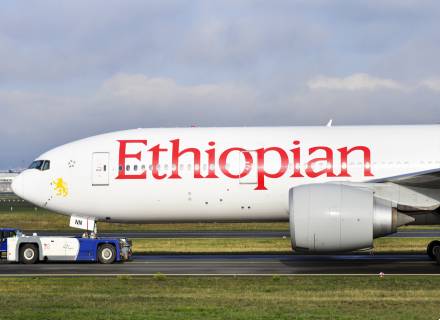 State-owned Ethiopian Airlines is planning to bring the controversial Boeing 737 MAX aircraft back to service, media reports said. The aircraft was banned from flying in March 2019 after two fatal crashes killed a combined 346 people. While one of them was a Lion Air flight, the other one was an Ethiopian Airlines flight.

After being grounded for over 20 months, the Boeing 737 Max aircraft finally returned to the skies in December 2020. American Airlines flew the 737 Max aircraft from Dallas to Tulsa, Oklahoma.
Ethiopian Airlines chief executive Tewolde GebreMariam is convinced that the aircraft is safe to fly. He told the media, “I can confirm that we are committed to the Boeing 737 MAX, my estimate is by the end of the calendar year or beginning of next year, January, we will be flying the airplane.”

“We have settled our case with Boeing; that’s why we are now starting the process to fly back the airplane. This happened in the last three months. We are happy on the settlement.”

Recently, the Civil Aviation Authority of Malaysia (CAAM) also gave its approval for the Boeing 737 MAX aircraft to return to the skies. The CAAM made its decision following a review of the US Federal Aviation Administration (FAA).

Previously, CAAM banned the aircraft in the country in 2019 after two deadly crashes. It also issued a new safety directive, Safety Directive 01/2021, for both domestic and foreign operators of the aircraft.

Wizz Air establishes new base in Bosnia and Herzegovina