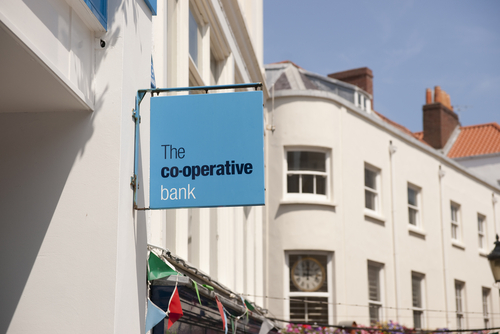 England’s Co-operative Bank will slash 350 jobs and shut down 18 branches due to the current economic dowsing in the country, media reports said. Furthermore, the bank will focus more on online banking services.

The Co-operative Bank’s Chief Executive, Andrew Bester, told the media, “We’re not immune to the impact of recent events, with the historically low base rate affecting the income of all banks and a period of prolonged economic uncertainty ahead, which means it’s important we reduce costs and have the right-sized operating model in place for the future.”

It is reported that middle management and head office roles are also included in the job cutting plan. The bank seeks to redeploy employees, wherever possible. The bank said that all the 18 branches will be shut down by the end of this year and will monitor its customers carefully before the closure of all the branches.

According to the Co-operative Bank, it has contacted pandemic affected customers and asked them to provide details on alternative options such online and mobile banking, post office counter services and telephone to carry out banking operations.

The Manchester-based bank almost went bankruptcy in 2013 when it uncovered a £1.5bn black hole in its accounts. The bank decided to take a rescue package worth £700m in 2017 to recover from the losses.

Myrmex to foray into Middle East after selling stakes to Ocado