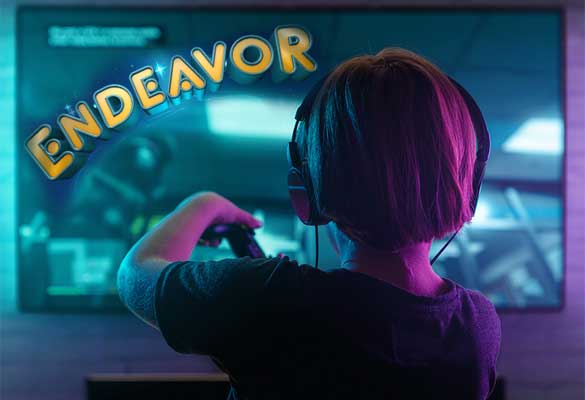 Often children are told not to spend so much time on their gadgets playing video games, however, 13-year-old Owain has been diagnosed with ADHD (Attention Deficit Hyperactivity Disorder) a common neurodevelopmental disorder commonly found in children at a very early age although he has now been getting some relief by playing games.

At first, he was taken to several occupational therapists to help him cope with everyday life tasks, even the medication route was tried. But in the end, a computer game called EndeavorRx came to Owain’s rescue.

In 2020, EndeavorRx became the first game to be approved by the US Food and Drug Administration (FDA) for use in the treatment of ADHD in children.

Currently, the game can only be accessed with the help of a doctor’s prescription in the US. The game seems to be very similar to what other games function like. All that one needs to do is control a little alien which is running on a spaceship juggling through different worlds in the need to collect things.

The following game was made in partnership with neuroscientists and was mapped out in such a way that it stimulates as well as improves the functionality of certain areas of the brain which are involved in playing a key role.

The idea behind this game is to make the child multitask and at the same time ignore distractions. The computer algorithm measures his/her performance and even customizes the level of difficulty.

When the game is prescribed by the doctor, the parents receive an activation link which is needed prior to the game.

Owain’s mother, Kelcey Sihanourath states that ever since her son started playing this game, she has witnessed a huge amount of improvement in her son’s behavior, the way he performed at his school, etc.

Eddie Martucci, chief executive of Akili, the Boston-based tech firm behind the game, EndeavorRx mentions how the game was designed to boost cognitive progress.

He has plans to launch this game in Europe in the coming years.

Concerns over Oxford Street being overrun with US candy stores