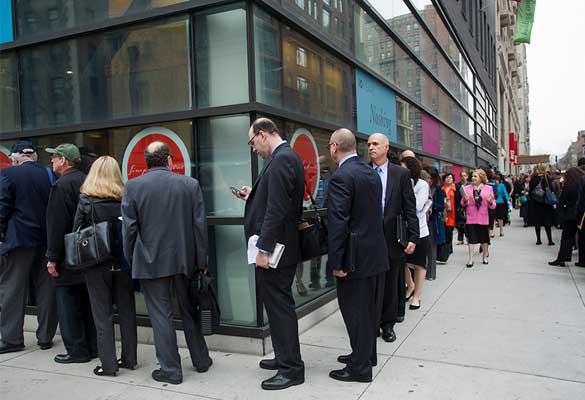 According to the US Bureau of Labour Statistics, employers posted a record 11.5 million job openings in March. The figures are more evidence of a tight labour market that has emboldened millions of Americans to seek better-paying jobs which contributed to the biggest surge in inflation in four decades.

In March, a record 4.5 million Americans quit their jobs—a sign that they are confident they can find better pay or working conditions elsewhere.

The Bureau of Labour Statistics also reported that the layoffs which were running at about 1.8 million before the pandemic, ticked up to 1.4 million in March from 1.35 million in February.

The United States job market is on a hot streak. Employers have added an average of 5,40,000 jobs a month for the past year. According to a survey by the data firm FactSet, the labour department had generated another 4,00,000 new jobs in April which marks an unprecedented 12th straight month of hiring.

The US economy and job market came back with unexpected strength from the coronavirus recession of 2020, fueled by enormous government expenditure and Federal Reserve-engineered super-low interest rates.