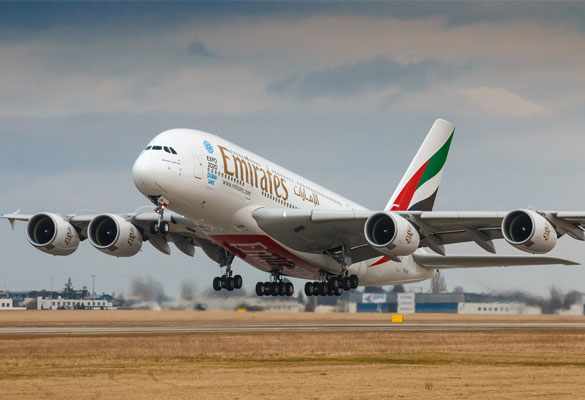 Emirates airline has announced its plans to hire an additional 3,000 cabin crew and 500 airport services personnel as part of its plans to ramp up its operations all around the world, according to media reports. The airline company aims to hire new staff over the next six months in order to support its planned expansion and operation.

The new recruits will join the UAE-based long-haul operator’s headquarters in Dubai. The parent company, Emirates Group, recently reported a loss of $6 billion for the financial year ended March 31, 2021.

Emirates was the region’s biggest employer, however, they were forced to cut jobs due to the Covid-19 pandemic last year. As estimated by the International Air Transport Association (IATA), more than 1.7 million Middle East aviation jobs were forecasted to be lost in 2020.

As the world is slowly getting back to its feet, Emirates is gradually recuperating and rebuilding its global network since travel restrictions were eased last year and since earlier this week, the airline has restarted passenger services to more than 120 destinations.

Emirates is one of the world’s biggest long-haul airlines and the company cut around 4,300 pilots and nearly 22,000 flight attendants, shrinking its workforce by around 15 percent, compared to its pre-pandemic levels. The company has also reduced the salaries of the remaining employees and also suspended some of its benefits, including accommodation allowances for married couples, nominated family tickets, and annual leave entitlements, depending on the level of seniority.

Maersk to build a $136 mn logistics centre at Jeddah port