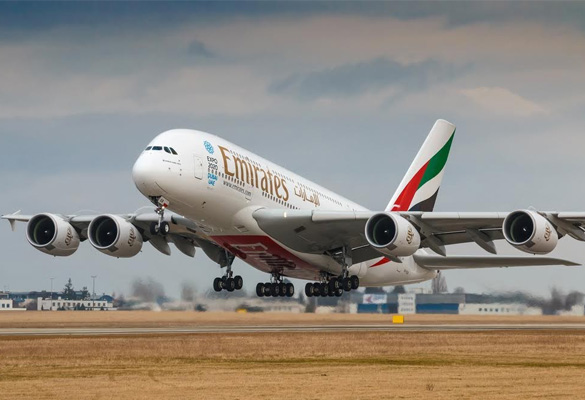 Dubai-based airline company Emirates recently announced on their website that they have suspended all flights to and from Afghanistan’s capital Kabul until further notice. The carrier mentioned on its website that, “Customers are advised that due to the developing situation in Afghanistan, all Emirates flights to/from Kabul have been suspended until further notice. Customers holding tickets with final destination to Kabul will not be accepted for travel at their point of origin.”

The airline also advised the affected passengers that they can contact their booking agents or the local Emirates office for rebooking options. Passengers can also check the status of their latest information on their flights by visiting the flight status page.

On Sunday, an Emirates flight from Dubai abandoned its landing in Kabul and returned to the emirate. The airline released a statement saying that due to the unforeseen temporary closure of the runway at the Hamid Karzai International Airport, Emirates flight EK 640 to Kabul operating on 15 August has returned back to Dubai.

Fellow air carrier Flydubai has also suspended flights from Kabul and United Airlines mentioned that they are rerouting some flights to avoid Afghanistan airspace after insurgents took control of the presidential palace in Kabul after the US force left and nations from all over the world started to evacuate the citizens.

Recently, another flight, an Air India AirbusSE A320neo, from Delhi to Kabul, also circled over the city for several minutes before landing at 2:32 pm local time.