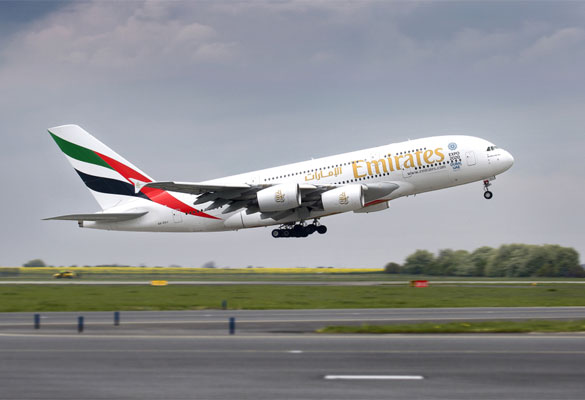 Dubai-based airline Emirates recently announced that it has postponed the inaugural ceremony of direct Tel Aviv flights, which was initially planned to be on December 6, after Israel reintroduced travel curbs, where they barred the entry of non-residents for 14 days, according to media reports.

A spokesperson for the airline told the media, “The postponement comes as a result of recent changes in entry protocols issued by the Israeli government. The airline is committed to launching services to Tel Aviv as soon as the situation allows.” The UAE-based carrier, along with Etihad and Flydubai are already making trips between the countries.

Israel’s Prime Minister Naftali Bennet said that it is still waiting to gain more information on how effective the Covid-19 vaccines are against the recent Omicron variant which was first detected in South Africa. Israel has also reopened to foreign tourism earlier in November, for the first time since the beginning of the Covid-19 pandemic.

Emirates, which is one of the largest airlines in the world and one of the UAE’s flag-carrying airlines announced last month that the new service would link Israel effortlessly with its global route network of over 120 destinations. Flights under EK931 was set to leave from Dubai daily at 14:50 local time and arrive at Ben Gurion Airport at 16:25 local time. Return flights under EK932 were scheduled to leave Tel Aviv at 18:25 and reached Dubai at 23:35 local time.