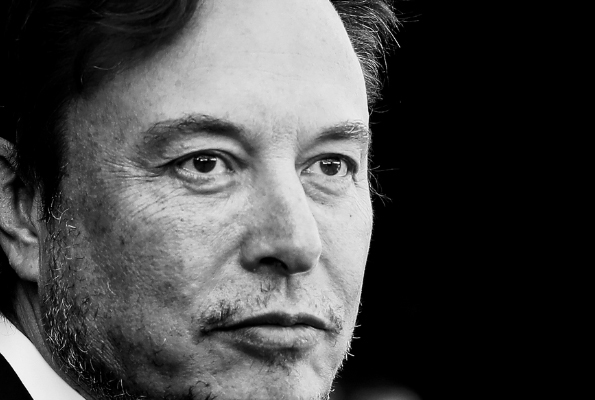 Elon Musk has completed acquiring Twitter for $44 billion (£38.1 billion), according to US media and a company investor. He appeared to be alluding to the deal closing when he tweeted “the bird is freed.”

According to a report, several senior employees, including the CEO, Parag Agrawal, have been fired. It ends a saga in which Twitter went to court to get the multi-billionaire to comply with the terms of a takeover agreement that he had attempted to elude.

Twitter has not acknowledged the takeover officially, but the acquisition had been finalized, BBC reported.

Here is a quick summary of major events happening in the saga featuring Tesla CEO and social media platform:

January 31: Elon Musk begins purchasing Twitter stock in almost daily increments, building a 5% stake in the firm by the mid of March.

March 26: Elon Musk, who is an active user on Twitter with tens of millions of followers, says he is “seriously considering” developing an alternative to the social media site because of concerns about Twitter’s commitment to “free speech” and whether Twitter is undermining democracy. In addition, he personally communicates with Twitter board members, his friend and fellow co-founder Jack Dorsey.

March 27: Elon Musk began talking to Twitter’s CEO and board members about potentially joining the board and telling them about his expanding investment in the firm. Later regulatory documents reveal that Elon Musk also discusses acquiring Twitter or starting a competitor

April 4: A regulatory filing revealed that Elon Musk quickly rose to the position of Twitter’s largest shareholder after acquiring a 9% interest, or 73.5 million shares, valued at roughly $3 billion.

April 5: Elon Musk is given the opportunity to join Twitter’s board of directors, but only if he acquires no more than 14.9% of the company’s stakes. CEO Parag Agrawal said in a tweet that “it became clear to us that he would bring great value to our Board.”

April 9: After exchanging pleasantries and becoming close via text message due to their shared passion for engineering, Parag Agrawal and Elon Musk’s relationship quickly deteriorates after the latter openly tweets, “Is Twitter dying?” and gets a message from Agrawal calling the criticism unhelpful. Elon Musk responds, “This is a waste of time. Will make an offer to take Twitter private.”

April 11: Twitter CEO Parag Agrawal announced that Elon Musk will not be joining the board.

April 14: Elon Musk has made an outright offer to purchase Twitter for around $44 billion, according to information from Twitter’s securities filing.

April 15: In response to Elon Musk’s offer, the board of Twitter unanimously decides to employ the “poison pill” strategy in an effort to fend off a hostile takeover.

April 21: Elon Musk secures finance totaling $46.5 billion to purchase Twitter. The Twitter board is being pressed into talks.

April 25: Elon Musk agrees to purchase Twitter for $44 billion and take the company private. The outspoken billionaire claimed that he wanted to acquire and privatize Twitter because he believed it might be a more effective forum for free speech.

April 29: According to regulatory filings, Elon Musk sells roughly $8.5 billion worth of shares in Tesla to help fund the purchase of Twitter.

May 5: With almost $7 billion in commitments from a wide range of investors, including Silicon Valley powerhouses like Oracle co-founder Larry Ellison, Elon Musk increases his offer to purchase Twitter.

May 10: In an indication of how he would alter Twitter, Elon Musk says that he would lift Twitter’s ban on former US President Donald Trump, calling it “morally awful” and “very idiotic.”

May 13: The purchase of Twitter by Elon Musk puts “temporarily on hold.” Elon Musk said he needs to determine how many spam and phoney accounts are present on the social media network. With this decision, Twitter’s stock tumbled and Tesla’s stock substantially rebounded.

June 6: Elon Musk claims that Twitter has refused to provide him with the information he wanted concerning its spam bot accounts and has threatened to cancel his $44 billion deal to acquire the social media platform.

July 8: After Twitter failed to provide sufficient details regarding the number of false accounts, Elon Musk announced that he would withdraw his offer to purchase the company.

July 19: A Delaware judge said that the Elon Musk-Twitter legal dispute will go to trial in October.

August 23: A former head of security at the company alleges that Twitter misled regulators about its weak cyber security protections and its carelessness in attempting to root out fake accounts that disseminate misinformation. Later, Elon Musk uses the whistle-blower as a fresh justification for terminating his Twitter agreement.

October 5: Elon Musk proposes to follow through on his first plan to pay $44 billion to acquire Twitter. Twitter claims that after receiving Elon Musk’s bid, it plans to complete the acquisition.

October 6: Delaware judge delays October 17 trial to November and gave both parties time till October 28 to reach an agreement.

October 20: According to The Washington Post, Elon Musk informed potential Twitter investors that he intended to fire 75% of the company’s 7,500 employees.

October 26: Elon Musk announces the agreement by posting a video of himself walking into the Twitter offices while carrying a kitchen sink.

October 27: In a letter to sponsors, Elon Musk promises that Twitter won’t devolve into a “free-for-all hellscape.”

October 28: Elon Musk tweeted “the bird is freed,” in an apparent reference to the deal closing.

How Uber took its drivers ‘for a ride’ in UK

PayU and CELO partners up to bring stablecoin payments to merchants