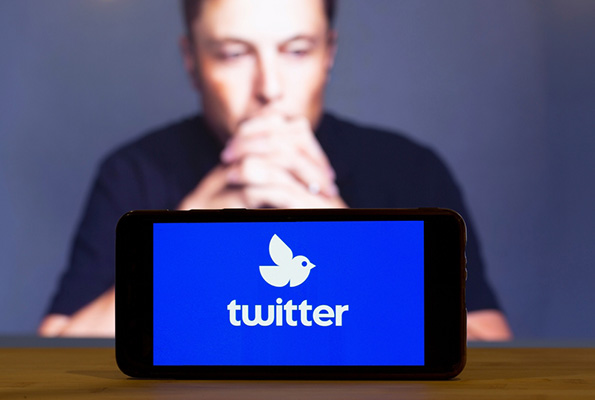 As Twitter continues to reel under the watch of its CEO Elon Musk, hundreds of stuff from the micro-blogging platform’s San Francisco office have been put up for auction online.

Also, multiple reports indicate that the micro-blogging platform has been sued by the landlord of another San Francisco-based office whose rent the company had failed to pay.

While denying that the sale is eyeing to boost Twitter’s financial health, auction organisers told the media, “This auction has nothing to do with their financial position.”

Elon Musk, who has been in the headlines for losing around record-breaking USD 182 billion of personal wealth since 2021 (sources claim that the actual figure is around USD 200 billion), is reportedly struggling to pay the rent for the tech giant’s office spaces. In December 2022, he also lost the status of being the world’s richest person as Tesla shares tanked.

A 27-hour online event was organised by Heritage Global Partners Inc. Nick Dove, a representative of the organisation, told Fortune magazine that Elon Musk is not trying to raise money for his USD 44 billion purchase of Twitter that happened in October 2022.

“If anyone genuinely thinks that the revenue from selling a couple of computers and chairs will pay for the mountain there, then they’re a moron,” Nick Dove remarked.

Elon Musk tweeted in November 2022 about the micro-blogging platform having a massive revenue drop as several advertisers pulled out. He also issued a bankruptcy warning, apart from kick-starting layoffs and ending facilities like remote work and free office meals.

Recently, the billionaire has decided to give free ad space to brands in order to lure them to start advertising on Twitter again. However, nothing is working as the micro-blogging platform’s revenue count has gone down by 40% year-over-year and Elon Musk’s first giant interest payment on the company is also due at the end of January 2023, as per Platformer reports.

Apart from terminating nearly half of all crucial staffers, Elon Musk-headed Twitter also faced problems like implementing, pulling back and relaunching policies one after another (and also Elon Musk’s spat with Apple CEO Tim Cook). This has put several of the platform’s most prominent advertisers on edge. Nearly half of Twitter’s top 100 advertisers have stopped advertising on the micro-blogging platform, and of the remaining, most of them have slashed their Twitter budgets.

Also, if reports are to be believed, ‘Twitter Blue’ has been a fiasco as well. Twitter hasn’t been able to generate even USD 1 million from the sale of the redesigned user verification feature. While the micro-blogging platform’s annual revenue in 2021 was USD 5 billion, it also incurred a loss of over USD 200 million. That year, Twitter made 92% of its earnings from advertisements. While the firm had predicted in February 2022 that revenue would increase by between low and mid 20% that year, it didn’t happen.

While acquiring Twitter, Elon Musk took a loan of USD 13 billion. By the end of January 2023, he needs to pay USD 1 billion as an interest payment on that loan.

Twitter has asked employees at its Asia headquarters in Singapore to vacate premises and empty their desks and work remotely, reported Bloomberg recently.