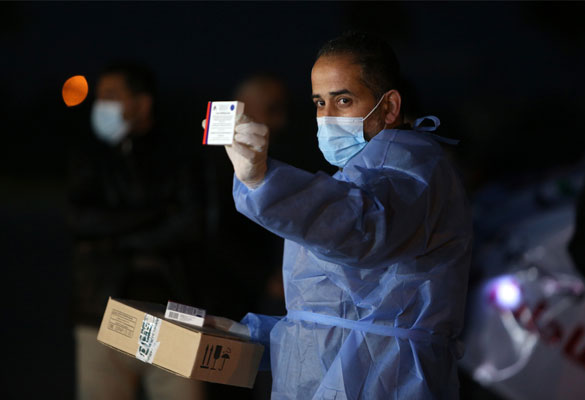 Egypt has injected $1.5 billion in the healthcare sector to fight the Covid-19 pandemic during the first quarter of the fiscal year 2021/2022, according to media reports. Minister of finance, Mohamed Maait said that the country is posting annual growth of 35 percent and aims to achieve a primary surplus of 1.5 percent of the gross domestic product (GDP).

Maait, in a meeting with the members of the Egyptian British Chamber of Commerce in London also added that sufficient provisions have been allocated for all subsidies and social protection programmes. This includes the payment of EGP45 billion that has been allocated to the insurance and pension funds.

Recently, Prime Minister Mostafa Madbouly said that the country is working towards achieving an annual growth rate of 7 percent over three years. During the launch ceremony for the United Nations Development Programme’s (UNDP) report on human development in Egypt for 2021, Madoubly stated that Egypt has been one of the few countries in the world to achieve a positive growth rate of 3.3 percent with the country’s GDP exceeding $408 billion by the end of the fiscal year 2020/2021.

This report comes after a decade-long hiatus that proves the country has overcome several major economic, security, and political challenges.

Expo 2020 to bring a positive spin on Dubai real estate