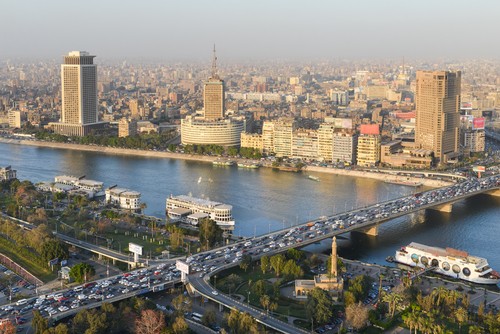 Egypt’s GDP is expected to surge 5.4 percent this year, media reports said. The report is produced by the UN under its World Economic Situation and Prospects 2021.

The report indicates that Egypt’s economic growth surge is supported by a robust domestic demand rebound and driven by a lack of severe constraints related to the balance of payments. The reports also expected the GDP to surge 0.2 percent last year amid the outbreak of the Covid-19 pandemic.

Furthermore, the reports said that GDP growth is estimated at 3.5 percent for FY 2020, and for FY 2021, in terms of fiscal years, while the forecast is projected at 2.1 percent.

The reports added that the Egyptian government manged to avoid a contraction last year, due to easing monetary stance. The higher fiscal expenditure is a result of the foreign currency financing secured through multilateral institutions.

The world economy recorded 4.7 percent slump last year due to the pandemic, more than the 2009 global financial crisis. The UN reports also indicated that the severe impacts of the pandemic will be felt for years to come unless the global economy gets robust.

UN Secretary-General António Guterres, told the media, “We are facing the worst health and economic crisis in 90 years. As we mourn the growing death toll, we must remember that the choices we make now will determine our collective future. Let’s invest in an inclusive and sustainable future driven by smart policies, impactful investments, and a strong and effective multilateral system that places people at the heart of all socio-economic efforts.”